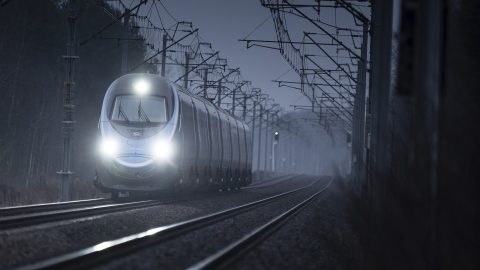 Polish national railway operator PKP Intercity has restored the high-speed traffic in the country. Its Pendolino trains are on tracks again after a two-month suspension. At the moment, they run only on the Kraków – Warsaw – Tri-City route. The return of the high-speed trains to other cities will depend on the pandemic situation in Poland.

PKP Intercity has resumed the Express InterCity Premium (EIP) connections into operation on Friday, 22 May. They are provided by the Pendolino high-speed trains, the fastest vehicles in the company’s fleet. The first Pendolino unit departed from Warsaw early in the morning and headed towards Kraków. Two other connections are scheduled for the afternoon: one train will run from Warsaw to Kraków, another will travel between Kraków and Gdynia via Warsaw. For the weekend (23 and 24 May), PKP Intercity will restart four more connections on a similar route. Another train service between Warsaw and Gdynia will be added on 31 May.

“The further decisions regarding the restoration of the previously suspended connections, including EIP, will depend primarily on the current conditions, freedom of movement and interest in PKP Intercity services. The company’s priority remains the care for complete safety and comfort of travel,” the operator stated. Normally, it had provided the EIP service also to Kołobrzeg, Rzeszów, Wrocław, Jelenia Góra, Katowice, Gliwice and Bielsko-Biała.

In order to keep social distance in the Pendolino trains, PKP Intercity sells only every second place. The passengers are able to purchase tickets at the ticket offices, vending machines placed at the train stations or via digital channels including the company’s website or the IC Mobile Navigator mobile application. However, PKP Intercity strongly recommends the customers to use the digital channels.

All the Pendolino trains are accurately disinfected with special disinfectants. Such critical items such as door handles, handrails, handles, door controls are cleaned and disinfected additionally. During a journey, the railway company reminds the passengers about safety rules with the help of its staff and monitors of the train information system. PKP Intercity provides the passengers of the Pendolino trains with personal protection packages, which consist of a mask, disposable gloves and two disinfecting wipes. The conductors, in their turn, are also equipped with masks, gloves and hand disinfecting gels.