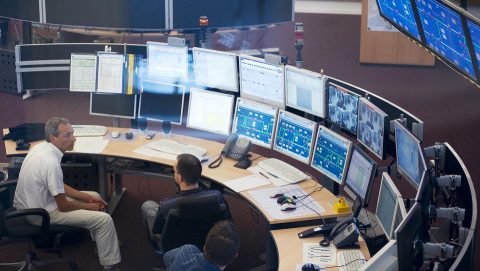 In spite of some decrease in orders for rolling stock, Alstom shows success in other areas. Services and signalling have recorded an increase in orders at 5.4 and 13.3 per cent last fiscal year. Both areas account for 51 per cent of the order intake made by the French technology company.

The 2019/2020 fiscal year was momentous for Alstom in several aspects. Since June 2019, it launched its own strategy, which is known as ‘Alstom in Motion’ (AiM). According to the document, the French company plans to become ‘the leading global innovative player for sustainable and smart mobility by 2025’. Another aspect is in line with the mentioned target. In February 2020 the French manufacturer hit the headlines by concluding the agreement with Canadian company Bombardier Inc. and Caisse de dépôt et placement du Québec (CDPQ) for purchasing Bombardier Transportation. The deal is expected to be closed in the first half of 2021.

Alstom secured 9.9 billion euros of orders during the 2019/2020 fiscal year (between 1 April 2019 and 31 March 2020). Compared to the results of the previous period, this figure has decreased by 18.2 per cent. In a regional breakdown, there is another shift. Europe obviously remains the key market for the company, as in the previous years. It provided more than 7.6 billion of orders. The share of the European market increased from 60 per cent in 2018/2019 to 77 per cent in 2019/2020. However, the Asia-Pacific region exceeded the Americas and secured second place in the breakdown of Alstom’s revenue: around 1.6 billion euros or 16 per cent.

As for product breakdown, the rolling stock has kept its leadership with around 4.6 billion euros of orders or 46 per cent. Meanwhile, the highest growth at 13.3 per cent was set by signalling. This area of Alstom’s business provided the company more than 1.7 billion euros in the 2019/2020 fiscal year compared to 1.5 billion euros in the year before.

“In signalling, commercial successes include the supply of ERTMS to the Paris – Lyon high-speed line, equipping 77 trains in Sweden with ERTMS onboard solutions, the automation of the Marseille metro as well as a service partnership for a driverless train control system for the Circle Line in Singapore,” the French manufacturer reported. Owing to services, Alstom secured more than 3.3 billion euros of orders. Both segments have a joint share of 51 per cent (34 per cent for services and 17 per cent for signalling). The remaining 3 per cent relate to systems.