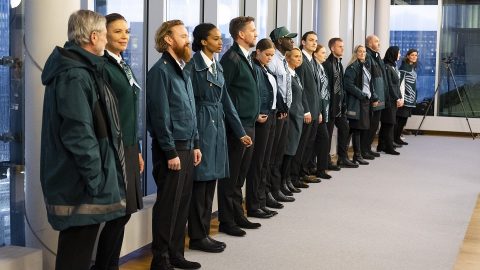 Norwegian railway operator Vy has been impacted by the coronavirus pandemic. Due to the imposed restrictions, the company lose over 80 per cent of its passengers. As a result, Vy is dismissing more than 1,100 people of its 9,500-employee staff.

The Norwegian state-owned operator adopted this difficult decision after discussions with trade unions. “Vy has an important social mission and will provide an offer to those who must travel. But in a situation like this, when ticket revenues stop completely, we must do what we can to reduce our own costs,” the company’s CEO Geir Isaksen noted.

Most of the layoffs, over 700 staff, affect Vy Buss, the company’s bus subsidiary. The remaining 400 employees to be dismissed are dealt with the train operations unit. This figure includes the administrative staff and train drivers. Vy started to gradually reduce its staff at the beginning of April. Some staff will be laid off in the mid-April.

The Vy executives regard the layoffs as a temporary measure dedicated to the financial stabilisation of the company. Meanwhile, Geir Isaksen expressed the hope that the situation will be normalised soon, and the dismissed staff could return to work. “The layoffs are a tool with significant negative consequences for the individual. We hope that we will soon return to a more normal operating situation where many can again travel collectively so that everyone can return to work. At the same time, we must be prepared that it will take longer than we like before the effects of the corona crisis are gone,” he said.

It is worth to recall that the Norwegian railway company started the corporate transformation last year. In May 2019 it was rebranded from NSB (Norwegian State Railways or ‘Norges Statsbaner’ in Norwegian) to Vy. The new name means vista or prospect in Norwegian. After that, the rebranded company started to gradually turn into a multimodal transport operator. It announced the plans dedicated to the integration of the train, bus and taxi services.