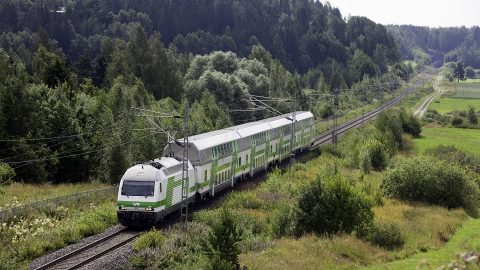 Finnish railway operator VR Group has suspended all the night trains in the country due to the coronavirus pandemic. The decision will be in effect until at least 24 May. In addition, the railway company discontinued its train services to Helsinki Airport.

The last night trains departed from Kemijärvi and Rovaniemi on Sunday, 5 April. They arrived in Helsinki on Monday, 6 April. For almost two months, there will be no night trains in Finland. VR Group has decided to cancel them because of the coronavirus pandemic and the related decrease in passenger traffic. At the end of March, the Finnish national railway company had cancelled the night trains from Helsinki to Kolari, the northernmost passenger station in the country located on the Swedish border. The Kolari – Helsinki connections were halted until 14 June.

No trains to the airport

It is worth to note that VR Group still operates its regional and long-distance trains running in daylight. However, these connections have been reduced significantly. There were suspended many services in Greater Helsinki. The cancellations impact the rail link between Helsinki and the nearby Vantaa Airport, which is situated in the city of the same name. Since the evening of 27 March, there are no trains and buses on this route. The Helsinki Regional Transport Authority arranged the bus connections only to Aviapolis station in two kilometres from the terminal. Moreover, there are also special bus shuttles for airport staff and the passengers with tickets for domestic flights.

Before introducing the restrictions for domestic train traffic, Finland suspended the international train to Russia. The last trains from the Russian cities of Moscow and Saint Petersburg arrived in Helsinki on 18 March. VR Group implemented this decision after the Russian ban for foreigners to enter that country. The international trains from Finland were cancelled until further notice.