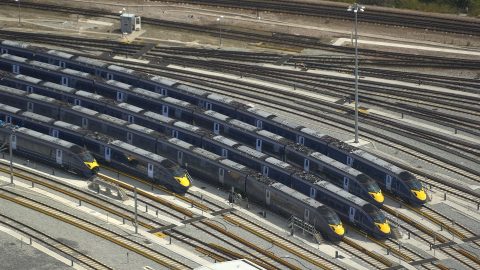 Despite the rumours on the possible cancellation of the franchising system for railways, the UK government does otherwise. It has awarded two operating companies with the new contracts by prolonging the existing franchises. This extraordinary measure allows the Great Western Railway (GWR) and Southeastern to continue their services in the difficult time of the coronavirus outbreak.

Rail franchising in the United Kingdom is experiencing another important point in its history. Last week, the British government had suspended all the franchises in order to guarantee stable train services across the country in the time of the coronavirus outbreak and the significant decrease in passenger numbers. This time the Cabinet has decided to prolong two expiring franchises without launching a new competition to look for new operators.

On Monday, 30 March, the Department for Transport (DfT) signed two direct awards with FirstGroup and Govia, the parent companies that own the country’s operators Great Western Railway (GWR) and Southeastern. The former franchise was extended for three years, until 31 March 2023, with the option for an additional year while the latter was prolonged for one year and a half, until 16 October 2021, with the possible extension until 31 March 2022.

“These contracts will keep services running in the short-term but also are positive news for passengers in the future, focusing on more reliable services, extra capacity and improvements to the stations they use every day. These are unprecedented times and the rail network is central to our national resilience,” rail minister Chris Heaton-Harris said.

The Great Western Railway (GWR) is owned by the British transport holding FirstGroup. It has been operating the train services in West of England and South Wales since 2005. GWR provides long-distance connections from London to the cities of West of England and South Wales as well as regional and commuter services in South West of England and the Thames Valley. Since 2015, the company has been actively investing in new rolling stock including the bi-mode trains. Last year, GWR achieved the highest ever passenger satisfaction scores and delivered the most improved punctuality scores in Great Britain.

The London & South Eastern Railway is known under trading name Southeastern. It is owned by Govia, a joint venture of the Go-Ahead Group (65 per cent) and Keolis (35 per cent). The operator provides train connections in South East England, mainly between London and Kent. Southeastern has been working since 2006. Punctuality on Southeastern has increased by nearly 10 per cent in the last two years, and customer satisfaction hit a six-year high (81 per cent) in the most recent National Rail Passenger Survey.