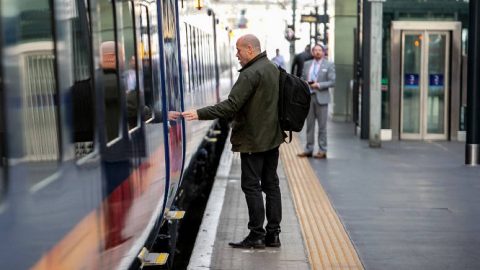 British open-access operators in jeopardy because of coronavirus

In a month after introducing the entire Paragon brand new train fleet, the UK’s open-access operator Hull Trains has been forced to temporarily cancel all its connections. This momentous decision was taken by the company as a result of the significant reduction in the passenger numbers caused by the coronavirus outbreak and the restrictions to tackle it. The other non-franchised companies continue their services that are also in serious doubt.

Earlier this month, Hull Trains that offers the connections from London King’s Cross to Hull and Beverley has already reduced its train services. This measure did not address the difficult issue: the passenger traffic continued to decrease due to the stay-at-home policy of the UK government and its recommendations for the people to abstain from non-essential travelling.

As a result, Hull Trains, one of the smallest train railway operators in Great Britain, was forced to suspend all its operations starting from midnight between 29 and 30 March. The date when the company will return on tracks is under consideration. “We plan to return as a resilient train operator for the city of Hull and East Riding as soon as we can,” Louise Cheeseman, managing director of Hull Trains, said.

The customers of Hull Trains who has the tickets on the company’s trains can use the connections of the other operators depending on the route of their journeys. “Arrangements have been made to make sure that tickets will be accepted by other train operators,” Hull Trains stated. As an open-access operator, Hull Trains, which is owned by the British multi-national transport hilding FirstGroup, could not be taken into the public hands like the franchised companies. Its business model depends on the revenues from ticket sales.

However, the operator has negotiated with the government for obtaining possible support. “We have sought agreement to be included in the government emergency measures but, as an open-access rail operator, this has not been afforded to us. Hull Trains brings much-needed connectivity to the local area providing a direct, frequent link to London that supports the local economy,” Steve Montgomery, managing director of the rail division for FirstGroup, explained.

Hull Trains is one of the smallest train companies in the United Kingdom but it operates the newest fleet. In early December 2020, the open-access operator has introduced its first bi-mode five-carriage train of Class 802. By late February 2020, it has finalised to enter the new type into service. At the moment, Hull Trains has five Class 802 trains, also as Paragon fleet. All the vehicles were built by Hitachi Rail at its factory in Italy. This type replaced the older series of Class 180 Adelante (Alstom Coradia) diesel trainsets produced in the early 2000s.

The other open-access operators continue to provide their train connections but on the reduced timetable. Since 23 March Grand Central, the non-franchised company owned by Arriva UK Trains and running on the East Coast Main Line, reduced the number of its train connections more than twofold. The frequency of its trains running from London King’s Cross to Sunderland and back decreased from five times on weekdays, Saturdays and from four times on Sundays to two times for the entire week. For the company’s another route, from London King’s Cross to Bradford Interchange, the number of trains were cut from four to two daily services.

Pre Metro Operations, the smallest British operator that runs only two Class 139 railcars on the 1.3-kilometre line in Stourbridge, the West Midlands, also imposed some shortage of the train connections. It is worth to note that this company is extraordinary in the UK market: it is an independent open-access operator but it provides its services on behalf of West Midlands Trains, a holder of the West Midlands franchise.