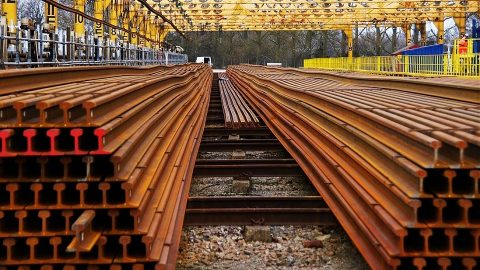 Chinese leading steelmaker Jingye Group has finalised the acquisition of British Steel, the largest rail producer in the United Kingdom. The new owner plans to invest 1.2 billion British pounds (around 1.4 billion euros) and to make major improvements at the UK’s asset. However, some job cuts are unavoidable.

British Steel, which had been fighting for its existence during three years, has got a new owner that plans to develop and invest in it. The deal concerns the company’s assets in the UK (Scunthorpe Steelworks, Teesside Steelworks, Skinningrove Steelworks, TSP Engineering) and a subsidiary in the Netherlands (FN Steel). As for Sogerail, the France-based rail manufacturer, its future will be defined separately by negotiating with the French authorities.

Network Rail, the UK’s infrastructure manager and the key customer of rails made by British Steel, commended the deal. “The sale of British Steel to Jingye has completed, securing the future of the business. We have given extensive support to British Steel and the official receiver throughout this process and we look forward to continuing this relationship with the new owner. British Steel is a major supplier to Network Rail and plays a vital role in our work to safely run the railway for the millions of people who rely on it every day,” said Andrew Haines, CEO of Network Rail.

“Together, we can forge a new partnership that will mark the beginning of a new illustrious chapter in the history of British steelmaking,” noted Li Huiming, CEO of Jingye Group. He also pointed out five initiatives for the future that will improve the business of British Steel:

However, there is some lack of clarity in terms of staff. British Steel has around 3,200 employees now. Meanwhile, the trade unions declare that the new owner will cut around 450 workers. Jingye Group does not comment on this allegation but has already announced that it would save the entire staff.

To add some clarity to the last part of the article – Jingye chose not to offer jobs to ~450 employees from British Steel so reducing the companies employees by over 10%.