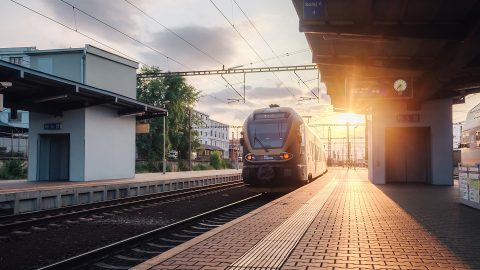 Czech private railway operator Leo Express has obtained open access for operating long-distance train across Poland to the border with Ukraine. This will allow the company to extend its Prague – Kraków train link to the border station of Medyka and eventually even to Ukraine. The open access was granted for the period from 11 December 2019 to 10 December 2024.

According to the decision of Poland’s Office of Rail Transport (UTK), the Czech company will be able to launch four daily connections on the route from Prague to Medyka and the border with Ukraine. It will also have a right to stop at the following stations in Poland: Zebrzydowice (at the border between Czechia and Poland), Pszczyna, Tychy, Katowice Ligota, Katowice, Mysłowice, Jaworzno Szczakowa, Trzebinia, Krzeszowice, Kraków Główny, Bochnia, Tarnów, Dębica, Rzeszów Główny, Przeworsk, Przemyśl Główny and Medyka. UTK reported that this decision will not impact on other railway operators.

Earlier, Leo Express has expressed a strong will to launch a direct train to Ukrainian border station of Mostyska-1. The latter is equipped with the dual gauge and capable to handle the trains authorised for the European gauge (1,435 millimetres) and broad gauge (1,520 millimetres) networks. It does not require to change train bogies or purchase the new rolling stock with variable gauge systems. However, to enter Ukraine, the Czech company should obtain open access from Ukrainian Railway (UZ). As a result, Leo Express is planning the train service only to Medyka station. The frequency of this link remains unclear. Currently, Leo Express operates only the weekend trains between Prague and Kraków.

To deliver passengers to Medyka or Mostyska-1 stations, the Czech operator could use its bus service in Ukraine. The similar scheme is used for the combined connection from the Ukrainian city of Mukachevo to Prague. Since October 2015, Leo Express is providing the bus connection from Mukachevo, an important railway junction in the Transcarpathian region of Ukraine, to Košice, the second-largest city in Slovakia located in 90 kilometres from the border with Ukraine. In Košice the passengers change the bus to the company’s train running to Prague.