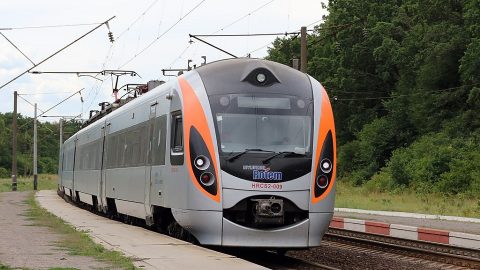 Ukrainian Railway has started to move faster towards launching the initial public offering (IPO). Its debut might take place already in two-three years. To this end, the state-owned company signed a cooperation memorandum with the European Bank for Reconstruction and Development (EBRD). The latter will assist the Ukrainian Railway to prepare the documents required for the IPO.

After several months of unclear declarations and subtle overtures, the leadership of the Ukrainian Railway has already announced the more exact terms of the planning IPO. “Thanks to IPO, we plan to attract several billion dollars within the next two-three years,” noted Yevhen Kravtsov, CEO of Ukrainian Railway (UZ). With the help of the IPO, the company intends to accumulate at least 1.8-3 billion US dollars (1.6-2.7 billion euros). These amounts will be allocated for purchasing the new rolling stock. According to the company’s estimations, it is required around 6 billion US dollars (around 5.4 billion euros) for this purpose within the five-year period.

Despite the more exact time frame for the IPO, there are still some essential questions to be clarified. First, it is unclear which stock exchange will be used for selling the UZ shares. After signing the memorandum with EBRD, the CEO of Ukrainian Railway hinted that the company’s listing could be held abroad. The final place for the UZ debut will be selected after consultations with EBRD. It is worth to note that Ukraine has three stock exchanges: Ukrainian Exchange, PFTS Ukraine Stock Exchange and Perspektyva Stock Exchange.

The second important question is the structure of Ukrainian Railway. Currently, UZ is a state-owned railway company with a monopoly position. It manages and maintains the rail infrastructure as well as provides passenger and freight services. Earlier, the government of Ukraine declared its intentions to divide the railway company into three separate entities, sell some stakes in two of them, responsible for freight and passenger operations, and remain the whole state control over the rail infrastructure manager. Now, the leadership of the Ukrainian Railway announces that the IPO will be held for the entire company. In this case, the question of the company’s structure remains without any certain answers.