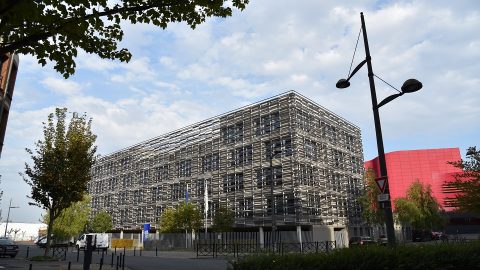 European Union Agency for Railways (ERA) has reported the first results after the implementation of new EU legislation in the rail sector on 16 June. During the first 100 days, the European institution received 183 requests for vehicle authorisation, for issuing the single safety certificates and ERTMS trackside approvals. During this period, ERA delivered the authorisations for more than 1,500 vehicles, both wagons and locomotives.

“100 days into our new role as European authority, our teams have been working hard to deliver efficiency and provide a speedy and comprehensive service for EU-wide vehicle authorisation, safety certification, and ERTMS trackside approval using the One-Stop Shop (OSS),” said Josef Doppelbauer, Executive Director of ERA. The received requests can be divided into three groups: 172 of them are applications for vehicle authorisation via the OSS IT tool, eight for safety certification and three for ERTMS trackside approval.

To review each application, high-quality language skills are required from the Agency experts. “Our preparations to not only acquire the right expertise to treat these requests, but also the appropriate multilingual skillset, is now paying off. Our experts are treating requests from all over the European continent – using English, French, German, Spanish, and others as the operating language,” noted Josef Doppelbauer. Moreover, the EU legislation provides a one-month deadline for ERA to review the application since its submission in OSS. However, the European institution is examining the requests much faster. In the first 100 days, the average term to issue the authorisation was less than 15 days. Now, ERA is looking for opportunities to reduce the fifteen-day timespan.

Currently, only eight EU members including Bulgaria, Finland, France, Greece, Italy, The Netherlands, Romania and Slovenia adopted the new EU legislation for their rail sectors. Also, one non-EU country, Switzerland, implemented it on a case-by-case basis. The other EU members are obliged to introduce the new regime until 16 June 2020. “The key challenge for the Agency is to make the new procedures work as seamlessly and effectively as possible, particularly throughout the transition period until 16 June 2020,” said Josef Doppelbauer. At the same time, ERA forecasts that the number of applications will increase leading up to the end of the transition period (June 2020).