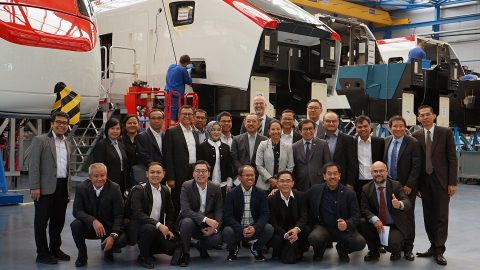 Swiss rolling stock manufacturer Stadler Rail has set a strategic milestone in expanding its business abroad. The company signed an agreement with its Indonesian counterpart PT INKA to establish the first joint venture in Indonesia and entire Asia.

In spring Stadler Rail and PT INKA had already concluded a declaration of intent in Banyuwangi to establish a joint plant in Indonesia. After intensive negotiations last week, the agreement was signed on Friday, 20 September, in the Swiss city of Bussnang with the presence of the Indonesian Minister of State-Owned Enterprises Ms Rini M. Soemarno.

With the help of the new joint venture, the Swiss manufacturer intends to extend its presence in Asia. “Following several failed attempts to successfully enter the Asian market from Europe, we realised that this was not possible without a production site on the spot. We, therefore, decided to look for a suitable local partner, and have finally managed to find one after more than ten years of searching. This has enabled us to make the leap to Asia,” said Peter Spuhler, CEO of Stadler Rail.

The joint venture and production site will be based in Banyuwangi. PT INKA is constructing the necessary manufacturing facility in this city since January. The agreement includes the development and manufacture of rail vehicles using modern aluminium technology. Stadler Rail will transfer the technology to the Indonesian partner and will train the local employees. It is expected that the new joint venture will receive an order to manufacture 500 suburban rail carriages with an option for a further 500 units. According to the contract, production is scheduled to start in 2021. Besides manufacturing car bodies, the new plant will also provide pre-assembly, final assembly and commissioning of rail vehicles.

PT INKA was established in May 1981. It is the first fully integrated rolling stock manufacturer in Southeast Asia. The Indonesian company is focused on delivering high-quality transportation solutions and services to its customers in Indonesia, Bangladesh, Philippines, Malaysia, Thailand, Singapore and even Australia. “We are convinced that in PT INKA, we have found a professional partner for this joint venture. The new production site in Indonesia consolidates Stadler’s market entry in Asia and creates the best possible conditions for achieving growth in the region,” summed up Peter Spuhler. 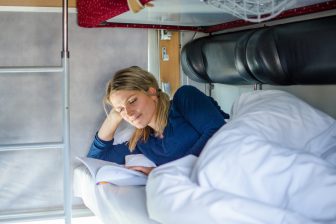 Share-funding European Sleeper a success: sold out in 15 minutes