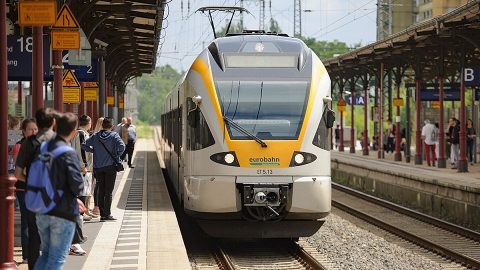 German transport authority VRR covering the Rhine-Ruhr conurbation has prematurely broken off a contract with Eurobahn, a subsidiary of Keolis. It was expected that the railway operator will start to provide train service on two lines of Rhine-Ruhr S-Bahn from 15 December. The possible reason for the VRR’s decision is a lack of train drivers.

The contract between VRR (Verkehrsverbund Rhein-Ruhr) and Eurobahn was concluded in July 2016. According to it, the railway company should have operated two routes of the Rhine-Ruhr S-Bahn network until December 2034: S1 (Solingen – Düsseldorf – Dortmund) and S4 (Dortmund – Unna). On 18 September VRR announced its decision to terminate the agreement. At the same time, the transport authority extends the contract with DB Regio for two years to operate these two lines.

“We are deeply disappointed and shocked,” Eurobahn stated. VRR explained its decision with an inability of the railway company to provide reliable operations on the mentioned routes due to a lack of train drivers. Thus, German newspaper Allgemeine Zeitung reported that Eurobahn has hired only 70 of 140 train drivers necessary for the Rhine-Ruhr S-Bahn service. The company intended to recruit the remaining half of employees from other operators.

Eurobahn was established in 1998 as a joint venture of Keolis and Rhenus Group. In 2007 the company was entirely taken over by Keolis. The railway company has concluded several contracts to provide train service on the regional lines across Germany. Also, Eurobahn operates several express trains in the state of North Rhine-Westphalia such as Rhein-Emscher-Express (Hamm – Dortmund – Duisburg – Düsseldorf) or Maas-Wupper-Express (Hamm – Wuppertal – Düsseldorf – Venlo). The company’s fleet consists of Stadler Flirt electric trains and Bombardier Talent diesel-powered vehicles.