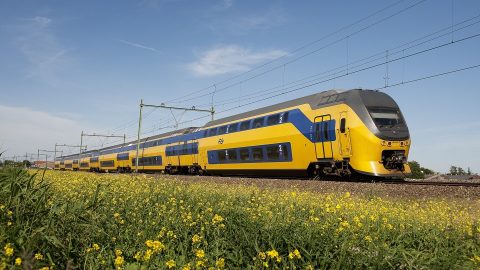 Double-deckers may become standard for train procurement in Netherlands

To cater for the growth in the number of rail passengers, Dutch MP Mustafa Amhaouch (CDA) would like new trains purchased to be double-deckers as standard. He made this clear in a parliamentary question he put forward following a report from Nederlandse Spoorwegen (NS) that the capacity ceiling on the railway network will be reached by 2027.

It is not the first time that the MP has called for double-deckers. Back in April, Amhaouch asked for the application of the ‘comply or explain’ principle, so that investment in double-decker trains is the standard. According to this principle, if organisations do not comply with this standard, they need to explain why. But until now, Amhaouch has not seen any response from NS to the question he and fellow MP Rutger Schonis (D66) posed about investment in double-decker trains. Secretary of State Stientje van Veldhoven has promised to send the answer to the House of Representatives (Tweede Kamer).

Recently published figures from NS for the first half of 2019 show that trains are gaining in popularity quicker than expected. While the National Market and Capacity Analysis (NMCA) projected that the capacity ceiling would be reached in 2030, NS forecast that it would happen three years earlier. This was a surprise to CDA’s railway spokesperson.

Amhaouch wants to find out from the Secretary of State how it is possible that the forecasts of NS and NMCA differ. This is important because it is the latest analysis that is used to determine what infrastructure is required. Furthermore, Amhaouch has asked Van Veldhoven if she trusts the NS forecast, and which forecast she will use going forward.