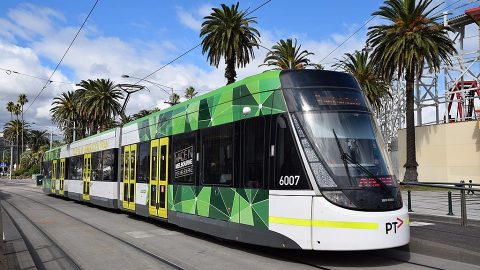 Travelling by tram in Melbourne has become more sustainable. The French-based company Neoen supported by the Government of Victoria has launched the Numurkah Solar Farm. It is the second solar facility to power the Melbourne tram network. The state government intends to complete the conversion of the city light rail system to solar energy by 2030.

The Numurkah Solar Farm covers 515 hectares and consists of 373,839 solar panels provided a capacity of 128 megawatts. Such volume makes it the largest solar facility in the state of Victoria. It has become fully operational in the middle of July. The new solar farm is able to generate 255 gigawatts of emission-free, clean and renewable energy, the equivalent enough to power 48,000 households in the Australian state. Currently, the Numurkah Solar Farm powers the Melbourne tram network and the Laverton steelworks.

The authorities of the Australian state adopted Victoria’s Renewable Energy Action Plan in 2017. This document provides several measures and goals of the energy policy. For instance, the state government intends to generate 50 per cent of electricity with the help of renewable sources (sun and wind) by 2030. “The Numurkah Solar Farm will play an important role in supporting the transformation of our energy network towards clean, renewable energy and reaching our renewable energy target of 50 per cent by 2030,” said Lily D’Ambrosio, Victoria’s Minister for Energy, Environment and Climate Change.

Within the action plan, the Melbourne tram system should be also switched to solar energy. This conversion started in November 2018 after opening of the Bannerton Solar Park with 320,000 panels and a capacity of 110 megawatts. Now, the state of Victoria has a 350-megawatt capacity (solar and wind) to generate renewable and emission-free energy.

The tram transportation was launched in Melbourne in 1884. Initially, it was horse-drawn, then cable. The operation of the electric trams started in 1906. Currently, the Melbourne tram network has a length of 250 kilometres and is considered to be the longest one in the world. It consists of 24 routes with 1,700 stops and 9 depots. The system is served by 475 trams classified into 9 types. The oldest series was introduced into service in the 1950s. In July 2013 the new type of rolling stock was launched on the city network. It is the E-class light rail vehicles that are based on the Flexity tram family and were supplied by Bombardier Transportation.