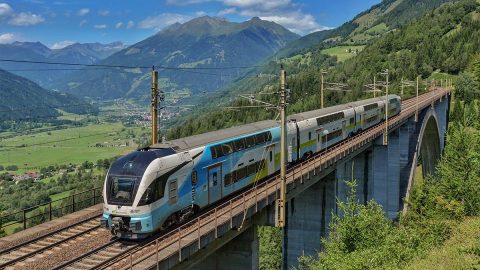 The Alliance of Passenger Rail New Entrants (AllRail), an association of non-incumbent railway operators, has defined several main risks for the EU rail market. The unfair access to train routes and financing as well as the state subsidies are the big challenges to the rail sector. AllRail even claims that if the mentioned factors are not removed, the liberalisation of the EU rail market will never happen.

AllRail gave the Austrian rail market as a prime example of the unfair competition. In this country, the private operator WestBahn is competing with the state-owned company ÖBB for the past eight years. The operators are struggling on the Vienna – Salzburg route. AllRaill pointed out that WestBahn is funded by the private finance. Investing in a new rolling stock, the company has succeeded to increase the demand on the mentioned line by 80 per cent.

Now, WestBahn has to reduce the frequency of its trains. “This is a bad signal for the future of rail market opening and the benefits that it would bring,” AllRail stated. According to the organisation, it will happen due to numerous obstacles WestBahn faced with including the following ones:

“Europe must look at this example! What kind of signal does it give to private investors if an independent operator that been operating for 8 years loses 80 million Euros and now has to reduce its services?” AllRail Secretary General Nick Brooks noted.

The above obstacles have resulted in 80 million Euros in losses for WestBahn. Therefore, the company’s investors approved a new ‘Stop loss strategy’. Indeed, it includes the reduction of service from December 2019. The document also contains other measures. The railway operator intends to increase the train capacity. To this end, WestBahn has sold its 17 double-decker vehicles of the Kiss 2 type being operated for two years to Deutsche Bahn. The German operator will start to operare the former WestBahn fleet on the long-distance routes from Spring 2020.

At the same time, the railway company has ordered 15 new double-deckers of the Kiss 3 type. The latter class of rolling stock is the next generation trains with a higher seating capacity. They will allow WestBahn to increase its efficiency, optimise train maintenance and offer more seats to the customers. The new units will be used from 2021.