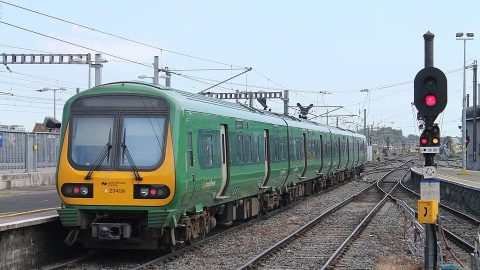 Ireland’s Ministry for Transport, Tourism and Sport has approved the creation of a new National Train Control Centre. It will enable the expansion of rail services in the island country. The new facility will be fully operational in 2024.

The new National Train Control Centre (NTCC) will be situated at the Heuston Station in the city of Dublin. Its future building will be constructed by the end of 2021. The fully operational facility will be launched in 2024 after the installation of technical equipment, testing and obtaining safety approvals for the train control system. NTCC will replace the existing Central Traffic Control centre based at Connolly Station, also located in Dublin. This project will cost 135 million Euros.

NTCC is a part of the DART Expansion Programme, a governmental plan dedicated to the development of the rail sector in Ireland. The main goal of this programme is to improve the rail service in the country. By 2040, passenger rail traffic is expected to double from 48 million in 2018 to more than 100 million. This will be achieved via modernisation and electrification of railway lines as well as by the purchase of new rolling stock.

“As we are set to transform the capacity of our rail services through the DART Expansion programme under Project Ireland 2040, not only will we deliver new, energy-efficient trains and an enhanced infrastructure for greater frequency of services, the National Train Control Centre will also ensure that this expanded rail service and any future expansions operate efficiently, and with improved customer information and punctuality,” said Jim Meade, CEO of Iarnród Éireann.