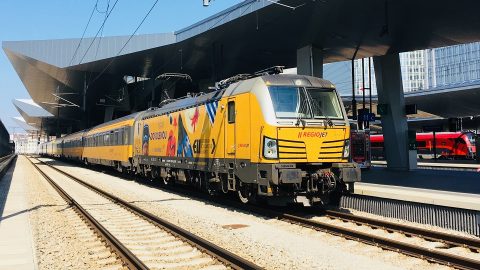 Czech private railway operator RegioJet has sold a bond issue of 921 million Korunas (36 million Euros) with maturity in five years. This money will be allocated for the company’s future growth, mainly for the development of the train fleet.

RegioJet intends to buy or refurbish around 100 passenger cars in the following years. Also, the company plans to allocate the acquired funds for refinancing existing banking loans. All these measures will allow RegioJet to strengthen its position on the home markets (Czechia and Slovakia) as well as for further expansion in other countries.

“We focus 100% on achieving the company’s growth performance, on securing long-term financing for further strong development and expected investments in billions of Korunas in the coming period. RegioJet must ensure strong financial stability so that it can compete with large European state carriers such as ÖBB in Austria,” said Petr Kohoutek, CFO of Student Agency Holding to which RegioJet belongs.

The bonds were placed among institutional and private investors. They were traded on the Prague Stock Exchange. The bond issue manager was Česká spořitelna, the largest bank in Czechia. It also acts as a hedging and paying agent. “Demand for RegioJet bonds has exceeded our expectations. It shows that RegioJet, thanks to its success, is a perspective carrier, which, in addition to the high growth of its activities, also has significant positive economic results. After last year’s audited profit of 102 million Korunas (4 million Euros) before tax, we expect further profit growth this year,” noted Petr Kohoutek.