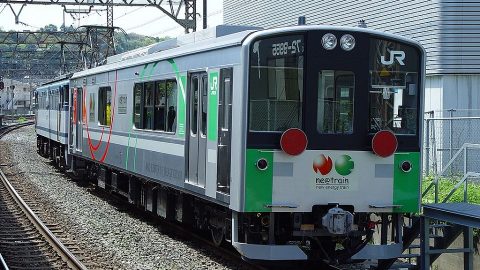 East Japan Railway Company (JR East) has been providing an active energy saving policy for many years. The major passenger rail operator in Japan has reduced energy consumption by 20 per cent between 1990 and 2014. The company expects this will further decrease in the coming years. JR East General Manager Hitoshi Hayashiya explained how his company has reached such a result and what it does to reduce energy consumption.

Japan decided to electrify its railway network in 1954. By 1968, almost all of the main lines were powered with electricity. The country has several voltage systems: 20 kilovolts alternating current (mostly in large cities like Tokyo, Osaka), 25 kilovolts alternating current (high-speed lines) and 1.5 kilovolts direct current (intercity routes). The latter system is the most popular in Japan. JR East runs in the eastern part of Honshu island, mostly on the lines supplied with 1.5-kilovolt direct current. “As the railway network was electrified, its energy consumption started to increase,” Hitoshi Hayashiya said.

The situation started to change in the 1990s when the Japanese railway companies including JR East began to implement the energy saving policy. For JR East, the milestone in energy policy was set in 2011. After this year the company has adopted a series of measures for reducing energy consumption. “Firstly, we made an effort to improve regenerative energy utilisation by introducing the regenerative powered systems and regenerative inverters, and secondly we introduce renewable energies at the railway stations,” Hitoshi Hayashiya noted. 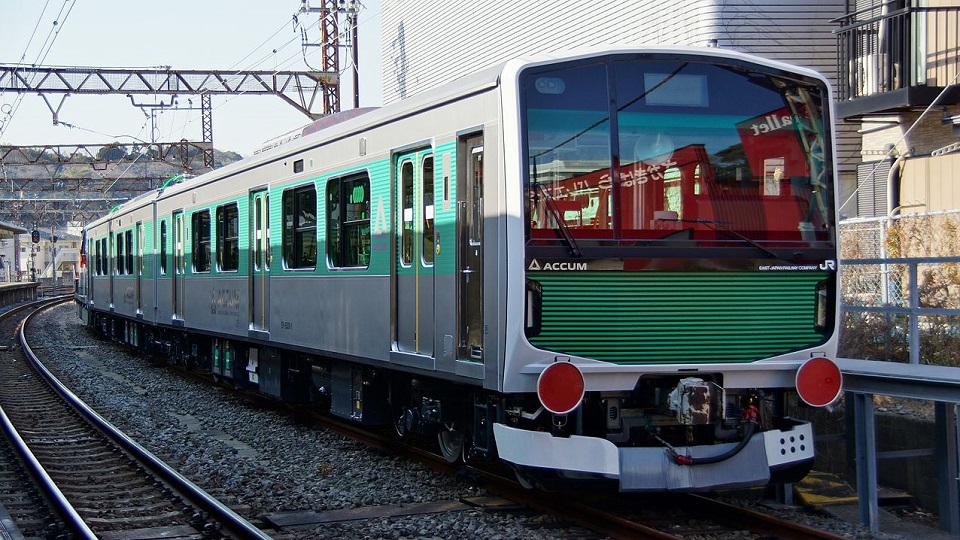 In March 2014 the NE Train started to run regularly on the Karasuyama Line and Tohoku Main Line of the JR East network. Moreover, J-TREC produced for JR East three one-car diesel/battery-powered trains of the KiHa E200 type and four two-car battery-electric trains of the EV-E301 series. The first type is operated on the Koumi Line while the second one is served the Karasuyama Line and Tohoku Main Line.

The latest trend of the JR East energy saving policy is the use of Energy Storage systems (ESS). It is a part of improving regenerative energy utilisation. This solution allows the company to store the braking energy and reuse it as traction energy. The company has already installed several ESS systems in the Tokyo area. The largest storage facilities are located at the Haijima and Okegawa railway stations. Haijima ESS allows saving 400 megawatts to hours per year, Okegawa ESS – 700 megawatts to hours per year. The use of Haijima ESS has already reduced the consumption of traction energy by 5 per cent.

Hitoshi Hayashiya declared his presentation on the JR East energy saving policy at the RailTech Europe Conference in Utrecht.