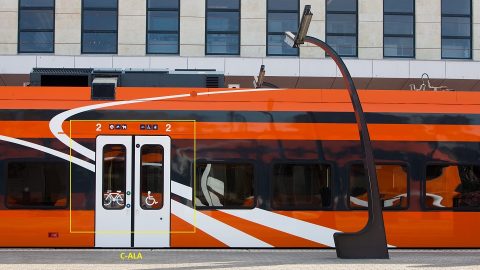 Estonian passenger rail operator Elron has restricted transportation of bicycles on its trains on several routes. Such a measure has been introduced for summertime due to the high occupancy of trains.

The restrictions were imposed on the Estonian main routes from Tallinn to Paldiski, Tartu, Viljandi and Narva. Elron explained its decision with the increased number of passengers and their complaints on the overcrowded trains. Currently, the company has no opportunity to purchase new trainsets, therefore, such a temporary measure was implemented. “A train can accommodate several people instead of one bike,” Elron reported. 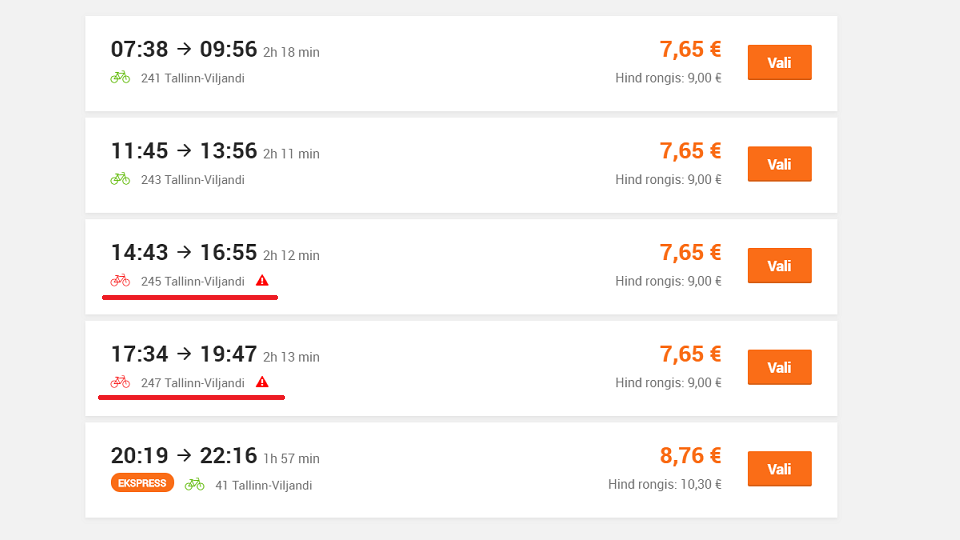 The limitations were enforced not for all trains. The cyclists can transport their two-wheelers in the trains marked in the schedule with a ‘green bicycle’ sign. The red exclamation mark together with a ‘red bicycle’ sign means that transportation in the trains is not available. Elron also called for more active usage of the bicycle parking areas at the train stations. “The first choice should still be to leave the bicycle at the train station,” the company noted.

Several years ago Elron has totally renewed its train fleet. The company purchased 38 Flirt vehicles including 18 electric and 20 diesel multiple units. Most of the trains are made in three- and four-car formations. All the Soviet-made old vehicles have been retired. The fleet renewal allows Elron to increase the number of travellers and make train trips more popular in Estonia.