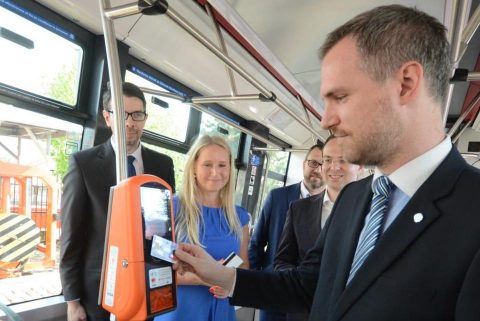 Prague Public Transit Company (DPP), a public transport operator in the Czech capital, has completed the installation of ticket machines in the city trams. The devices are located close to the middle doors. The trams of the type 14T were equipped even with two ticket machines.

The ticket machines inside trams are painted with orange colour in order to make them more visible. The nearby doors to the devices are marked with special pictograms. The ticket machines were tested on two tram routes before the official launch at the end of April.

DPP intends to install similar devices in other transport vehicles. “We want DPP to become a smart company and to contribute to converting Prague into a smart city. Every week we are installing four payment terminals in metro trains to provide contactless ticketing. We are preparing a procurement to purchase ticket machines for buses. During the next year, contactless ticketing should be available in all means of public transport,” said Petr Witowski, CEO of DPP. 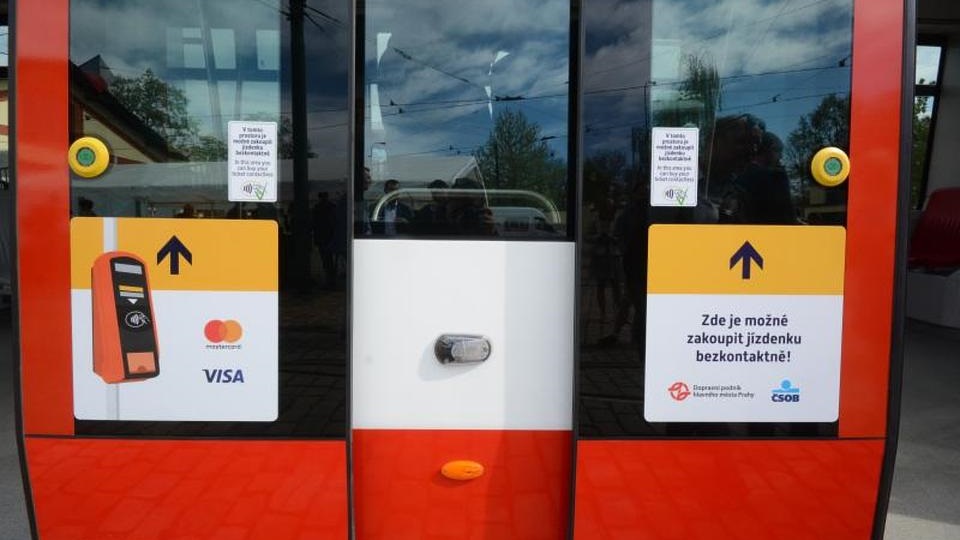 The ticket machines were provided by Czech company Bankovní informační technologie, a subsidiary of Československá obchodní banka. DPP pays for this service only 1.99 per cent of the ticket price. The menu of ticket machines is available in three languages: Czech, English and German. The passengers can pay for tickets with their bank cards or via Apple Pay and Google Pay.

The machines offer the ordinary tickets worth 24, 32 or 110 Korunas (0.93, 1.24 or 4.28 Euros) as well the discounted ones for children and seniors valued at 12, 16 or 55 Korunas (around 0.47, 0.62 or 2.14 Euros). “It is a step in the right direction. Cashless payments are the future, even in traffic. Praguers and visitors to Prague will now finally have the same opportunities as other modern cities,” noted Zdeněk Hřib, Mayor of Prague.