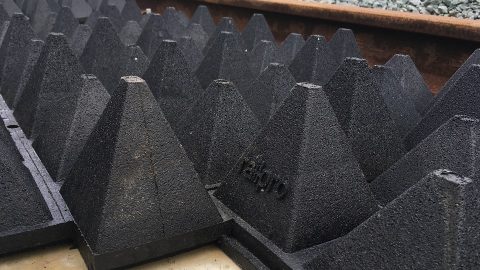 Dutch notified body Kiwa has certified a new version of anti-trespass device developed by Voestalpine Railpro. These special panels, also called pyramid mats, are capable to deter passengers from rail tracks and decrease the number of accidents on railways as well as train delays. The pyramid mats will be installed by the contractors of ProRail during the renewals of level crossings.

Anti-trespass panels are made of old rubber tires. Each mat consists of 32 spikes with different height and weighs only 42 kilograms that allow to place them without heavy machinery. The panels will be placed at easily accessible spots for travellers, trespassers and people with suicidal tendencies.

The certification was caused by legislative amendments that introduced the mandatory installation of the anti-trespass. “ProRail has revised its directive for design, installation and maintenance, and therefore our mat had to be certified before it can be bought and installed by the contractors, who are responsible for the renewals of the level crossings,” Voestalpine Railpro export manager Dominique Martens explained to RailTech. According to her, the new version of anti-trespass was improved in accordance with feedback from ProRail and the company’s customers.

The Dutch infrastructure manager ProRail considers trespassers as a serious problem for security and punctuality of train traffic. Almost 30 per cent of all train delays were caused by unauthorised trespassers who walk alongside or cross the tracks at forbidden locations. The illegal walkers force train drivers to break heavily that cause traffic speed decreases and reductions. The delay time can reach up to 3.5 hours. Moreover, seven deaths of the illegal walkers are recorded each year in Belgium.

These factors stimulated ProRail to launch a campaign against trespassers in 2013. The infrastructure manager announced 30-million-euro investments for installation of fence structures alongside the tracks and upgrade of level crossings. Also, ProRail provided the promotional campaign to explain people the insecurity of walking alongside or cross the tracks in unauthorised places. 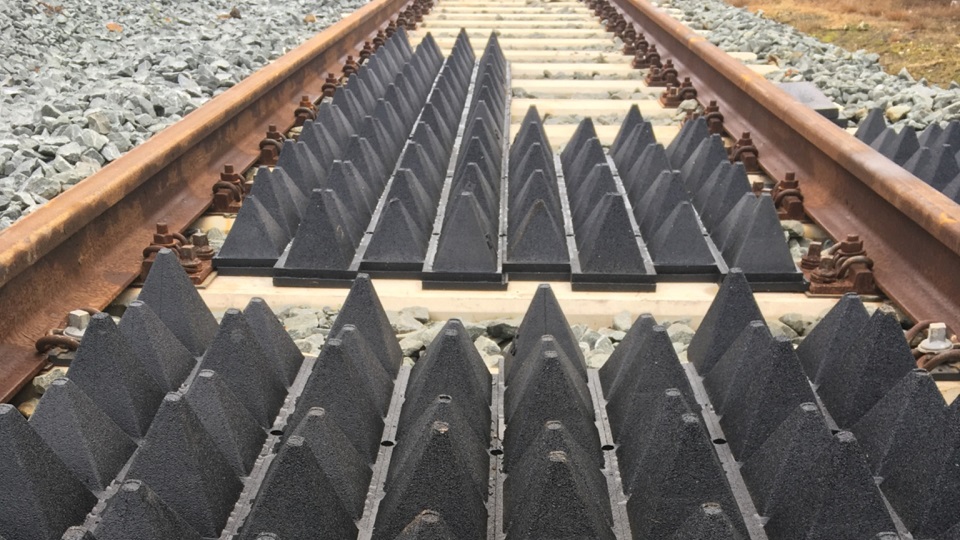