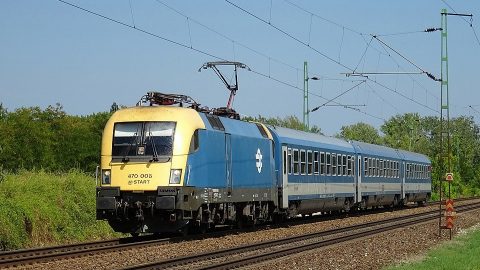 Hungarian State Railways (MÁV) has launched a new train service to Ukraine. In seven hours, it delivers passengers from Budapest to the Ukrainian city of Mukachevo. The train runs daily via a dual gauge railway and does not require a bogie exchange.

The Budapest – Mukachevo train made its first trip on 9 December. The departing time from Budapest-Nyugati station is 07:23, from Mukachevo it departs at 12:30. The train makes twelve stops on its way, including stations as Debrecen, Nyíregyháza, Záhony and Chop. A one-way ticket costs 23 Euros. The train consists of one second-class car, however, MÁV may increase this numbers to three units.

There are two other railway links between Hungary and Ukraine. MÁV operates six daily cross-border train services running between Záhony and Chop. These also consist of one wagon that connects two border stations.