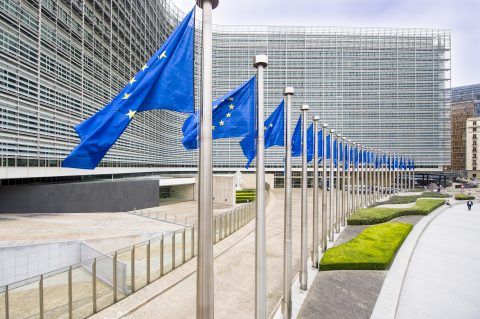 The European Commission has unveiled its definitive proposal for the Connecting Europe Facility (CEF) budget for the period 2021-2027. It confirmed a CEF Transport budget of 30.6 billion Euros, promising to continue support of improved interoperability and border crossing projects. This is part of new Multiannual Financial Framework 2021-2027, which still has to be confirmed.

CEF is an important financing tool for railway projects such as the TEN-T corridors and the roll-out of the European security system ERTMS. A preliminary budget for the fund was announced early May this year. That proposal has now been confirmed.

In the new financing period, 14.5 billion Euros, or sixty per cent of the CEF budget, will be allocated to support the creation of ‘efficient and interconnected networks’ by continuing to implement actions on the core network (accounting for 85 per cent) and, to a lesser extent (accounting for 15 per cent), on the comprehensive network.

The remaining forty per cent, amounting to 9.6 billion Euros, is to be allocated to projects catered towards ‘smart, sustainable, inclusive, safe and secure mobility’, including digitalisation and European traffic management systems, as well as actions supporting rail freight services. Moreover, the budget includes for the first time a special allocation of 6.5 billion Euros from the security and defence budget for the support of Military Mobility.

Not enough for ERTMS

“The proposal is essential to the continued successful implementation of the TEN-T regulation”, commented Community of European Railway and Infrastructure Companies (CER) Executive Director Libor Lochman. CER had called for continued investment in the existing rail network and for the construction of new infrastructure on the trans-European Transport Network by focusing on projects of European added value and multimodal connecting points.

“However, in spite of the reinforced budget for smart technologies, the proposal does not provide enough robust EU funding for the deployment of ERTMS for the period 2021-2027. An acceleration of investments in interoperable technology enabling the Single European Railway Area is crucial in order to remain competitive on the mobility market”, he added.

Under the new CEF programme it will be possible to blend EU grants with other financial instruments, such as the InvestEU Fund, enabling additional sources of financing for transport projects. Member of Parliament Wim van de Camp explained earlier that the budget as such was a positive development for the transport sector. “There are other financing tools such as the European Fund for Strategic Investments (EFSI). National governments will also contribute. Therefore, investments of sixty to ninety billion Euros can be realised”, he noted.

Under the current Multiannual Financial Framework (MFF 2014-2020), the CEF programme has a grant budget of 23.2 billion Euros for the transport sector as a whole. Of this amount, 11.3 billion Euros is reserved for projects in Member States eligible for the Cohesion Fund. Since 2014, 639 projects have been supported with around 22.1 billion Euros of funding.