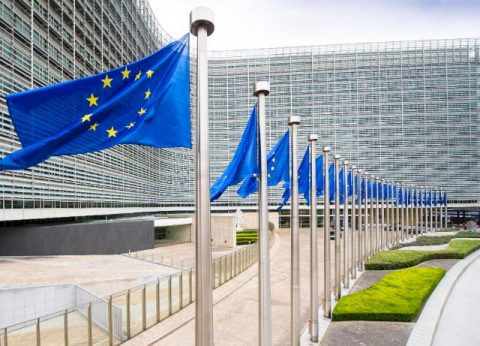 At least thirty billion Euros have been allocated to the European transport subsidy programme Connecting Europe Facility (CEF). It now looks like the investments in important railway projects such as the TEN-T corridors and the roll-out of the European security system ERTMS are secured. This was concluded based on tentative figures presented on Tuesday, after the presentation of the Multiannual Financial Framework (MFF) of the EU.

The Multiannual Financial Framework (MFF) is the seven-year budget of the EU. On Tuesday, the EU Commission presented the budget for the period 2021-2027. The budget for this period is under pressure due to UK’s departure from the EU. This has led to a budget gap of 91 billion Euros.

Some feared that the Brexit would affect the financing of large transport projects. CEF is an important financing tool for railway projects such as the TEN-T corridors and the roll-out of the European security system ERTMS.

Prior to the budget announcement, over forty stakeholders from the transport and related sectors had issued the Ljubljana Declaration, asking for an increased EU budget for the CEF under the post-2020 MFF in order to speed up the development of the TEN-T network. The required funding amounts to 500 billion Euros between 2021 and 2030, the declaration stated on the occasion of the 2018 TEN-T Days in Ljubljana. It now looks like planned investments in these important projects can go ahead.

The total of 30.5 billion Euros for transport is divided in 12.8 billion Euros for the general envelope and 6.5 billion Euros for military mobility. 11.2 billion Euros comes from the Cohesion Fund, which is aimed at closing the economic and social gap in EU countries concerned. Member of Parliament Wim van de Camp: “The 6.5 billion budget is used to speed up the development of TEN-T railway corridors in East-Europe. This serves two purposes: to deliver good transport at times of peace, but also to be able to utilise a good infrastructure at times of war. Rail Baltica is a good example.” Rail Baltica is a railway project connecting the Baltic states and Finland with the European railway network via Poland.

Although the final allocation per MFF-post will be announced on 6 June, Camp is cautiously positive: “If CEF is allocated 30.5 billion Euros indeed, this will be a positive development for the transport sector. Part of this amount will be transformed into loans. Apart from this, there are other financing tools such as the European Fund for Strategic Investments (EFSI). National governments will also contribute. Therefore, investments of sixty to ninety billion Euro scan be realised.”

Also announced was an increase in the total budget for the Horizon 2030 programme with hundred billion Euros. Horizon 2030 is a programme of the European Commission to stimulate European research. In the previous period, the budget fort his programme was 75 billion. “This comprises of many transport programmes, such as the development of the Hyperloop, electric buses and trucks and driverless cars”, Camp added.