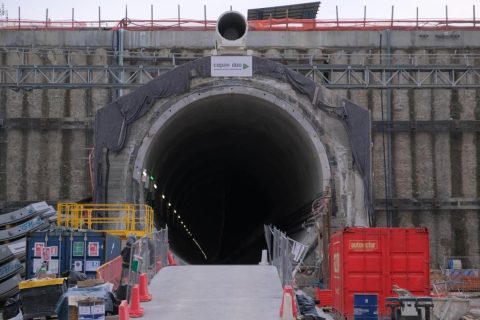 The 10-metre-diameter tunnel boring machine (TBM) dubbed ‘Martine’ has begun excavation works for the Lonato tunnel in Northern Italy, part of the new railway section between Brescia and Verona. The tube will be close to 4,8 kilometres in length upon completion.

Work on the Lonato tunnel on the 48-kilometre, high-speed, high-capacity Brescia-Verona section began in 2020. The TBM was recently reassembled at Desenzano del Garda on the banks of Lake Garda for the second tube. The tunnel boring activity will likely result in 800.000 cubic metres of excavated materials, which will be reused in the construction of the railway, which largely follows the route of the A4/E70 highway.

The overall completion rate of the Brescia-Verona line, which carries an investment of around 2.6 billion euros, currently stands at 45 per cent. The Cepav due Consortium was tasked by infrastructure manager Rete Ferroviaria Italiana with the work. The consortium is headed by Saipem at a 59-per cent share, with Impresa Pizzarotti and the ICM Group being the other two major stakeholders. The project means 600 direct jobs and another 6.000 indirect jobs across a supply chain that involves around 800 firms.