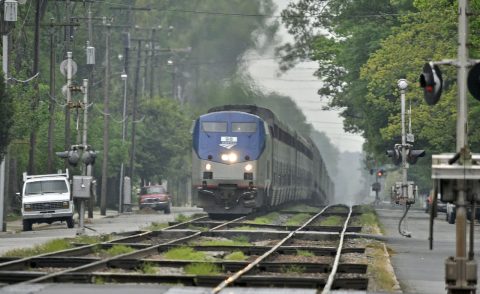 An Amtrak Auto Train arrived in Florida on Wednesday following a 37-hour-long journey that was supposed to take only 17 hours. The overnight train was held up following a derailment of a freight train. Tensions ran high among passengers, with some even calling the police to claim that they were being held hostage.

Due to a derailment, the Amtrak Auto Train from Washington had to take a detour and was eventually stopped in North Carolina for a crew change. “We have been providing regular updates to customers, along with meals, snack packs and beverages,” Amtrak said in comments to the media. “The onboard staff is working with pet owners to provide bathroom breaks.”

Some passengers apparently got fed up with the situation, as in one passenger video a conductor can be heard announcing to please stop calling the police. Apparently some on board had reached out to law enforcement, claiming they were being held against their will. At an overnight stop in Georgia, pizza was reportedly delivered to the train, ABC News reports.

The Amtrak Auto Train was travelling with 563 passengers and 333 vehicles on board.

However, now for sake of rail tech: most interesting to learn about, is cause of derailment!