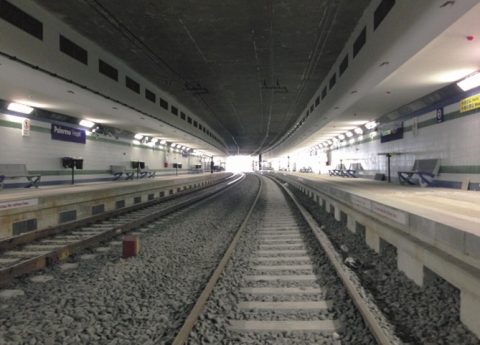 Rete Ferroviaria Italiana (RFI) aims to launch new tenders with a combined value of 7 billion euros between in the coming three weeks. This comes on top of the more than 2.4 billion euros in tenders that were awarded and launched last week.

There has been a flurry of activity at RFI in recent weeks, culminating in the award last week of a 1-billion euro tender to Pizzarotti and Saipem for the construction of a bypass and high-speed train station in Florence. With the bypass, RFI wants to untangle high-speed and regional traffic in the area.

In Sicily, there was progress on the Palermo-Catania-Messina railway with the award, valued at 1.2 billion euros, of the Caltanissetta Xirbi – Nuova Enna section. A 42-million-euro package associated with the Palermo bypass project was also awarded last week. This project calls for the construction of an underground stop in Palermo.

As reported earlier on RailTech.com, RFI topped the tender activity off with new railway connections to the Orio al Serio and Salento airports, worth 121 and 70 million euros, respectively.

In 2022 to date, RFI has awarded more than 10 billion euros in new contracts and launched tenders for a combined total of 13 billion euros.