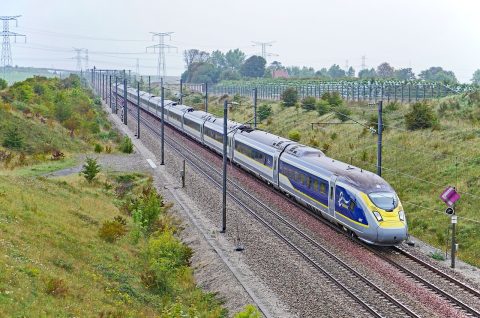 Published on 30-11-2022 at 15:17
The walkout announced for December 23 is particularly unfortunate. needpix.com

Members of the National Union of Rail, Maritime and Transport Workers (RMT) will stage a walkout on December 16, 18, 22 and 23 in a dispute over salaries, the union announces on Wednesday. RMT warns that Eurostar services will be “severely affected”.

The walkout will be staged by around 100 members working as security staff. They are contracted out to facility management company Mitie, which provides security services to Eurostar.

“Eurostar security staff are essential to the running of Eurostar, and it is disgraceful they are not being paid a decent wage”, RMT general secretary Mike Lynch says. “They work long unsocial hours and a multimillion-pound company like Mitie can easily afford to pay them decently for the essential work they do.

The Eurostar offers journeys to Paris, Disneyland Paris and Lille in France, as wel as Brussels in Belgium and the Dutch capital of Amsterdam. On certain hours, there are also stops in Rotterdam. Commenting on the matter to RailTech.com, a spokesperson said: “We are aware that negotiations between Mitie and the Unions are ongoing. If there is any impact on services we will update customers as soon as possible.”

The timing of the strike action is unfortunate, not only because of Christmas and the holiday season but also because Eurostar is already under scrutiny for its recent change in strategy. In late August, the company said it wants to focus on what it describes as “core routes” as it “recovers financially” from the COVID-19 pandemic. Among other things, this means the direct Eurostar-connection between London and Disneyland Paris will be shelved from 5 June 2023 onwards.

The Alliance of Passenger Rail New Entrants in Europe (ALLRAIL) was quick to criticise the plans. “What kind of rail market are we living in where a dominant operator is admitting in a public letter that, in the future, that it ‘will have to focus on driving high-yield from a limited customer and service base’”, the organisation said.