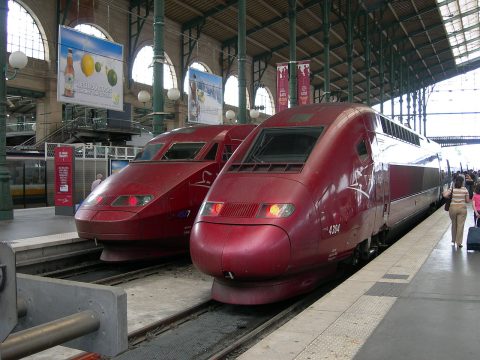 Thalys is forced to cancel a host of planned trains between Brussels and Paris on Friday, Saturday, Sunday and Monday, the high-speed operator announced on Friday. Earlier that day, the 09:15 from Amsterdam to Paris had to be cancelled as well. Due to unexpected maintenance, Thalys has a shortage of train sets. Track works are also hindering the operator.

Next week, strikes in Belgium and track maintenance work will also pose challenges to planned Thalys services, the company said. Infrastructure maintenance work will continue to affect services until the end of the year, particularly in Germany. From November 18 until December 10, travellers between Paris and Dusseldorf are encouraged to check how services are affected.

For those travellers affected by the shortages of rolling stock, Thalys is offering refund of a rebooking without extra costs.

Over the past summer, Thalys services between the Netherlands, Belgium and France were also plagued by “operational incidents”, with fewer services as a result. In July, a Thalys train ground to a halt just outside Gare du Nord in Paris, with travellers stuck inside amidst scorching temperatures for hours. A video of a passenger breaking a window went viral. Thalys later said that the problem was heat related and caused by a failed compressor.

A few days later, a train with 270 passengers on board came to a standstill due to a loss of power in the north of France. It reportedly took 2,5 hours before travellers were allowed to disembark the train.

Parts of the piece were first published on Dutch sister publication OVPro.

Regardless Mantra, predictive, “optimal maintenance”, still both Industry and clients are plagued – by disturbings.
(Since, regrettably, sophisticated boogies, was appointed the alternative – to optimal infrastructure – maintenance has become big business.)
Goal of Commission and IM:s, now has to be shifted, from quantity, to quality!
(Predictive transit, now is high quality – and quality pays!)
Suboptimal technicalities, calling for frequent maintenance…, is not optimal – and to be outed!