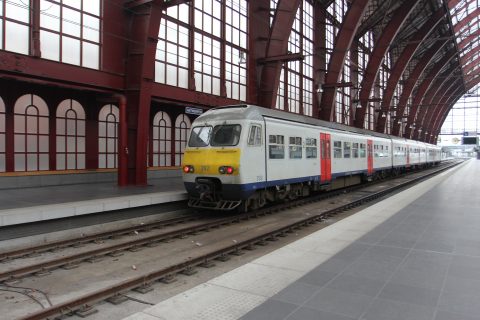 The Belgian government has earmarked 250 million euros for investment in rail in the current budget. Rail freight in particular stands to benefit, with 181 million euros to be channeled in that direction.

“This government will choose trains over additional lorries”, De Tijd daily cites Mobility Minister George Gilkinet about the plans. The railway line between Brussels and Luxemburg is another major beneficiary. The government has set aside 42 million euros for improvements to the line. One of the aims will be to reduce travel time. The 217-kilometre railway journey currently takes 3 hours and 18 minutes, which means travellers often arrive quicker by car.

Another 27 million euros will be spent on upgrades to stations across the country. Among other things, the government wants to improve accessibility. Finally, there will be 2 million euros available in support for night train operators. These firms also stand to benefit from a reduction of night time track access charges for passenger transport.

The announcements have left infrastructure manager Infrabel underwhelmed. In comments to De Standaard, the company says it will actually have to adjust its multi-year-plans to what it calls a “new reality”.

Earlier, Infrabel and operator NMBS had forecast a need of around 3.4 billion euros for the next ten years. This estimate was made before the steep jump in energy prices. Gilkinet had banked on 4 billion euros, but the end result was ‘only’ 3 billion. Furthermore, Infrabel will have to apply for a loan at the European Investment Bank as only 2 billion euros will actually come out of the budget.

Quality first, then quantity!
Currently, however, quality is missing, all over.
Primarily, Commission has to prove being aware of Goal of EU and capable presenting Strategy – for Goal…
Industry of railways…, shall prove the partner now needed, for goal of EU, etc.
(Funding shall not be, for “cementing”, at standards optimal, when steam was outed.)
By some reason “train has been missed”. Electrification, yes but a timely!, etc., etc.
(All other devices upgrade, for lower costs!…)