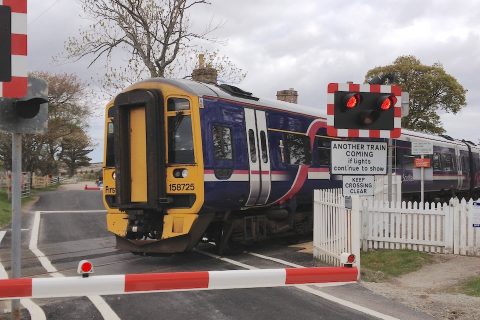 With rail services in the whole of Britain disrupted over the weekend, Scotland now faces a difficult week. Unions called out their members on Monday, after pay talks at ScotRail failed to produce a satisfactory settlement. The union had already called out members in England and Wales on Saturday.

This new industrial dispute in Scotland further complicates the already fractious relations on the railways. The passenger railway in Scotland, and the infrastructure, is directly managed by the government in Edinburgh. That means that unlike the dispute in England and Wales, there are government representatives around the negotiating table from day one.

RMT announced that its ScotRail general grades members were to take part in a twenty-four hour strike on Monday, resulting directly from a pay dispute with ScotRail. This has been seen as a significant escalation of the current situation, and a setback for any hopes that the summer of discontent on Britain’s railways will proved to be a seasonal matter. The likelihood of disruption continuing into the winter is seeming even more likely.

Scotland’s Railway, the government overseen company trading as ScotRail, has responded to the strike call by the trades union RMT. This meant that a very limited number of services operated on a very limited number of routes. The effect of the Scottish strike has been even more severe than the previous round of strikes, limiting operations to only a handful of trains, running on lines, mainly around Glasgow.

“A large proportion of our employees are members of the RMT”, said a statement from ScotRail. “[These include] roles such as conductors, ticket examiners, hospitality, station staff (including train dispatch), engineering depot staff, train presentation, supervisors, resource co-ordinators, and CCTV operators. Not all employees in these roles are trade union members.”

Network Rail, who work in partnership with ScotRail, stated that the new strike would once again cause significant disruption to passengers, businesses and the wider community in Scotland. They said they would do all they could to minimise the impact.

It has been passenger services that have again taken the hit of strike action. In common with other disputes on the railways in Britain, freight operators have been exempted from the action. However, that does not mean all freight has been able to operate without disruption. Observations of the summer disputes has claimed that three in every ten freight trains were unable to operate during strike days. There is no figure yet for the Scottish strike on Monday.