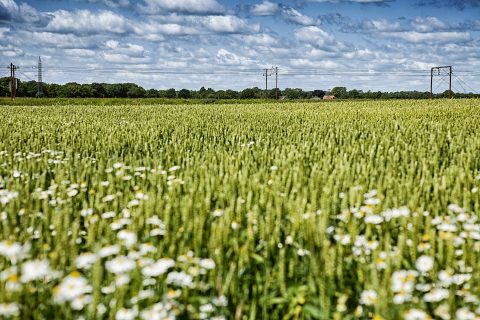 In addition to new rails and sleepers over a distance of 45 kilometres, eleven new switched were installed. Six others received an upgrade. Banedanmark also built three new bridges. Ballast was cleaned and replaced over the entire distance of the section. Work on an upgraded drainage system is ongoing.

Because new bridges were installed to replace overpasses, trains can now run faster through the towns of through Haarvad and Lerbjerg. One bridge has yet to be completed, so increased speed through Laurbjerg will have to wait until later in October.

The works are part of the Aarhus-Aalborg Airport railway electrification project, which should give people on the Jutland peninsula more options for fast and CO2-friendly travel. It should also mean less noise and harmful emissions for people living near the tracks.

“More options, less noise”, etc., still as it seems no upgrading, just “business as usual”, with all current, too well documented railway short comings, maintained.
A pity it is, as now quality pays, more than ever.
For Shift requested, by operators and taxpayers, owners…, capacity decisively has to be added, as well as utilisation of existing assets.
Shift shall be at all reinvestments. Within a 10 year period, at major lines a New Old Railway, should be constructed – and paid for!