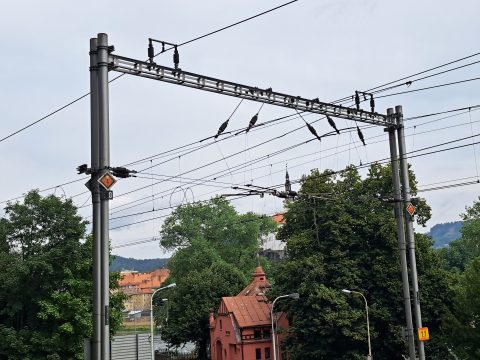 Costs for railway companies have ballooned following the Russian invasion of Ukraine. According to the associations, traction electricity prices have already doubled on average. Some countries have witnessed a tenfold increase. This puts current ticket prices and shipping rate in jeopardy and, by extension, the modal shift and the EU’s climate ambitions.

“Railways should be identified as a strategic service, which should be prioritised in the supply of affordable energy as a short-term measure. More freight and passengers on rail will improve the EU’s energy balance. This is important in the current energy crisis and to help lower the EU’s energy dependency on imported fossil fuels”, CER Executive Director Alberto Mazzola argues. According to the CER, energy amounts to “approximately 10-20 percent of rail undertakings’ cost base”.

Earlier this week, Network Rail in the UK said that combined cost of providing electricity to the network, and all the other fuel costs for infrastructure trains, support vehicles and premises will, in the coming year, run to more than one billion pounds (1.2 billion euros) for the first time ever. The headline figure represents an increase of almost double on any previous year.

In April, Renfe’s energy costs where 260 percent higher compared to the same month last year, the Spanish operator said last June. Belgian operator NMBS expects its costs to almost quadruple in 2023 compared to 2020. It forecasts an energy bill of 432 million euros next year. It announced energy saving measures this week.

Dutch Railways (NS), by contrast, in August said that it had managed to avoid a 1-billion-euro increase in costs thanks to a longer-term energy contract through 2024. NS said that this had enabled it to keep ticket prices affordable.

In Switzerland, the Federal Office of Transport (BAV) has recently adjusted its model for the pricing of railway electricity, making it possible to establish a fixed price for at least four years. The initiative was taken with SBB Energy, the rail electricity supplier for Swiss Federal Railways, but the new model only comes into force in 2025, and will therefore do little for the current situation. Currently, SBB Energy can submit a request once a year asking to change the price.

The BAV also notes that Article 8 of the Ordinance on Priority Transport in Exceptional Situations requires all transport companies and infrastructure operators of public transport and rail freight to prepare for a power shortage situation in the sense of their own business continuity management. A working group of the Swiss Association of Public Transport (VöV) is working on industry-wide concepts to support this.

“Shift to rail”…,.mantra, completely disregarding quality of service rendered, sooner the better, should come to an end!
Until proving autonome, railways will remain the risky, the low quality device, stuck at mercy of taxpayers.
Advantage, low energy consuming, by steel wheels running on steel rails, no longer shall be obstructed – by a suboptimal electrification, etc.!
For sake of Industry, for all, a timely New Old Railway, is the urgently needed. (It is 2022 now.)