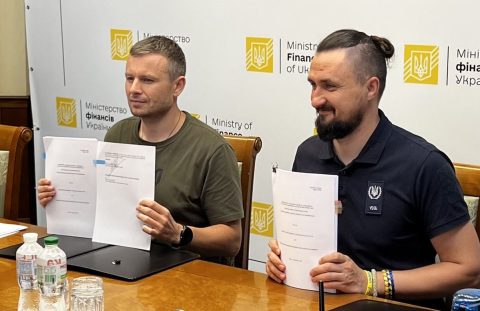 Ukrainian Railways has signed an agreement with the European Bank for Reconstruction and Development (EBRD) and the Ukrainian ministry of Finance for a financing round to the tune of 100 million euros, railway chief Alexander Kamyshin announced on twitter Thursday evening.

The deal marks the second financing project for Ukrainian Railways since the start of the war. The company has been the poster child for the Ukrainian resilience and perseverance in the face of Russian aggression. It has enabled the evacuation of displaced people and has been instrumental in the movement of vital goods.

According to the Ukraine Crisis Media Center (UCMC), more than 1,000 Ukrzaliznytsia railway workers have been killed by the Russian army since the start of the conflict. Many trains and stations have been fired upon more than once.

Signed €100m agreement with @EBRD and @MinFin_Ukraine. That’s already second financing project with #EBRD since the beginning of the #RussiaUkraineWar. Thanks for #StandWithUkraine to #EBRD and @MatteoPatrone3. Thanks for supporting #railways to @OlKubrakov and @SergiiMarchenk3. pic.twitter.com/UL3kNEMuNb