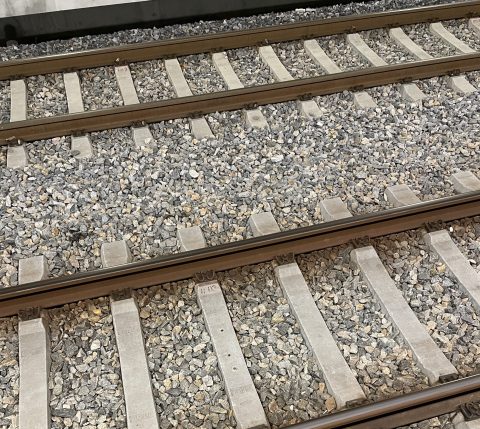 Independent testing institutes in Germany may have uncovered a manufacturing error in the concrete sleepers identical to the ones also used in the tracks near Garmisch-Partenkirchen, where on June 3 a train derailed that left five people dead and dozens injured.

As a result, Deutsche Bahn has put in place traffic restriction at 165 locations across Germany, but mainly in Bavaria, Saxony, Saxony-Anhalt and Thuringia. Trains will there have to reduce speed. In other cases, sections of railway will have to be closed for replacements.

While the first replacement jobs have already been finished since inspections first began in July, DB expects to need to at least the end of the year to complete the works. The resulting financial damage will end up in the hundreds of millions, the company said. It is considering legal action against the manufacturer of the sleepers.

DB aims to wrap up its inspection campaign of some 200,000 sleepers across Germany later this month. The inspected sleepers are identical to those used on the tracks near Garmisch-Partenkirchen.

DB initiated its inspections last month as a precautionary measure. The sleepers are also being examined by the investigating authorities studying the accident. Even though studies by independent testing institutes now suggest there may have been a manufacturing error in the sleepers, the cause of the June 3 accident has yet to be determined.

Otherwise, globally, however, among derailments, broken rails…, is the most common particular cause.
Spectacular, as well, this is, as bulk of rail breaks are not by some manufacturing fault, but related System.
Removing current, known, trigger of rail breaks, small “cracks” at railhead, now is the “medicin”. At price of costly “maintenance”, Damage is removed, by frequent “grinding” of railhead… A shift of Quality Programs seems requested!
Neither, no official report has been published…