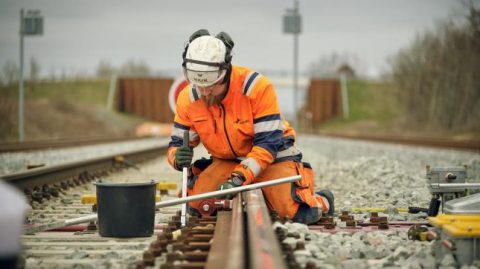 Banedanmark has completed the installation of European signalling system ETCS on two sections in Jutland, between Holstebro and Herning and on to Vejle and Skanderborg.

The Danish railway manager worked on the two ETCS installations in Jutland since May this year, and finished the finishing touches in August. The new signals between Holstebro, Herning and Skanderborg and Vejle is the fourth rollout in Jutland, the peninsula connected to Germany, that Banedanmark has completed.

Benefits for operators and passengers

The finalising works are preceded by several years of work to develop, implement and test new components in the track and in Arriva’s trains, which runs regional trains on the sections in Central and Western Jutland. In addition, everyone from locomotive drivers to traffic controllers has been trained to use the new system. Both Arriva and DSB operate trains on the lines.

“Our locomotive drivers already have good experience with the new signalling system. It helps with keeping track of driving permits, speed limits and the course of the track. In this way, they are provided with far more information, and it gives them even greater safety when they have to drive trains on the routes”, says Therese Christensen, Commercial Manager at Arriva, Denmark’s second largest train operator.

Jens Visholm, commercial director at DSB, also looks forward to benefiting from the new signaling system as it is rolled out on more routes. “High punctuality, good traffic information and stable operations are important to our customers and a new digital signal system contributes precisely to lifting those areas.” Local level crossings may remain closed until the morning of 26 August so that they can be connected to the new signalling system.

ETCS on the entire network

Towards 2030, Banedanmark will replace all the old, analogue signals along the entire railway network. The new digital system, ETCS Level 2, is being rolled out on both the long-distance railways and the S-Bahn, more than 2,600 kilometres in total.

However remains, Safety requested, at clients…
At ware owners, just risk of a risk adds to logistic cost, the too high.
(Goal of EU is benefitting of nearness, within a “domestic”, a constructed, market… This calls, for construction, of a timely infrastructure!)
Logistic risks, acceptable before EU and “On Demand”, now urgently have to be attended!
Accordingly:
Electrification, yes, but a timely…
“Optimal maintenance”, yes, but first an infrastructure, worth maintaining, a timely!…