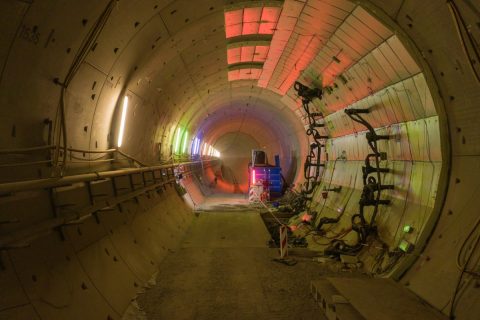 Another year needed to complete Rastatt tunnel after 2017 collapse

The completion of the Rastatt tunnel on the Rhine Alpine corridor is pushed back again. The railway tunnel in Germany will not be operational until mid-2026, Deutsche Bahn (DB) has said. The tunnel was planned to be delivered in 2025, according to the reconstruction plan made after a collapse occurred behind the tunnel boring machine in 2017.

Without the collapse of the Rastatt tunnel, which caused significant damage to the railway network, the structure would have been made operational this year. A much-needed piece of infrastructure, it would have directed freight trains on the busy line under the German town of Rastatt, to make this section of the Rhine-Alpine corridor more efficient.

The west tube of the Rastatt tunnel is now complete. Only smaller connecting tunnels, so-called cross passages, are currently being built there. The big problem is in the east tube, where damaged gigantic tunnel boring machine remains stranded, the German media site SWR reports.

Before the tube segments can be installed, the drilling machine must be taken out. To do this, a 17-metre deep and 200-metre long excavation pit must first be made. That should happen in the middle of next year. Only then can the tunnel be completed, DB explained to German railway association NEE.

The Rastatt tunnel is part of the new railway line between Karlsruhe in Germany and Basel in Switzerland. A new timeframe and remediation strategy for the opening of the line was published three years ago, in August 2019. “With the current plan, the tunnel would not open until 2025, three years later than originally planned when construction started in 2013”, the DB chief executive at that time Dirk Rompf said upon the announcement.

The first intervention of this plan was the collapse of the tunnel. The accident led to nearly two months of limited capacity on Europe’s main north-south artery. The Kalrsruhe-Basel line was closed for traffic, and capacity of the bypasses was limited.

Apart from the damage to the track, railway companies suffered financial losses. Five years after the tunnel accident, these losses in the rail freight sector have totalled around 100 million euros, according to the NEE. Several companies have laid claims to have these losses compensated, but without an answer so far. The so-called evidence gathering process is still ongoing – the causes of the accident are not officially known. 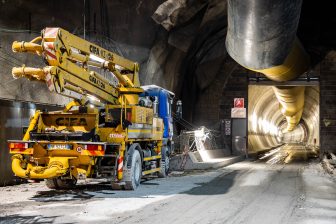