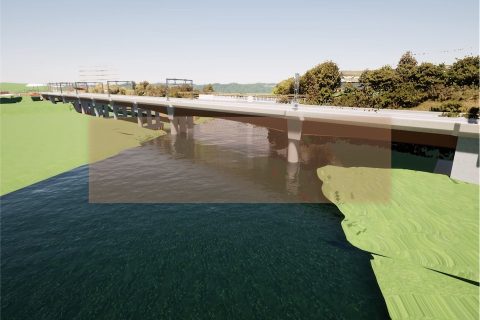 Transformational Transpennine investment – or just the best of a bad lot for England’s North?

There have been very few discordant voices raised in dissent since the revised funding package was announced for the Transpennine route. Ambitious it certainly is. A multi-billion-pound rail upgrade in West Yorkshire has been approved, promising a faster, greener, better-connected railway the North of England – although not actually the fastest, greenest, best-connected railway.

The current British government does have a reputation of ‘re-announcing’ projects and deliveries. The fanfare, with which the investment in the North was greeted, does need to be heard in the context of the entire symphony – possibly being conducted by Westminster.

A railway fit for economic regeneration

There are some pretty tired looking places along the route through the mountains of the north of England. Get beyond the beating hearts of Manchester and Leeds, and there is a whole gazetteer of communities, lost in a post-industrial time warp, and showing little hope of finding a flourishing future.

It was not always this way. Dirty it may have been, but the smokestack industries of the North, truly did provide a powerhouse for Huddersfield, Halifax, Bradford and many more proud communities. So, the promise of a railway line, fit for the purpose of economic regeneration, has to be welcomed with open arms. The only question remaining – is the line on offer truly fulfilling of that ambition?

In the infrastructure agency’s own words, Network Rail now has the go-ahead to completely transform train journeys between Huddersfield and Dewsbury as part of the Transpennine Route Upgrade (TRU). The scheme will see twice as many tracks installed, major renovations at Huddersfield, Deighton, Mirfield and Ravensthorpe stations, and the track layout “reimagined”.

Network Rail promise a lot. “As well as supporting rapid economic growth in the North of England, these major improvements will ultimately deliver more frequent, faster trains, running along a cleaner, greener, more reliable railway between York and Manchester.” Whether those words came from Milton Keynes, or from an office of the Department for Transport in Whitehall, is open to conjecture.

Investment is on a racially different level

The project does, in a large part, benefit from redundant alignments, wastefully discarded in successive rationalisations dating back to the 1960s. In that respect, the whole feasibility of the scheme is made much more robust. Bridges, crossings and earthworks are all in place, and ready to receive a four-track main line once again.

The level of investment is on a racially different level for the North. The government makes a good case for delivering on its own ‘levelling up’ agenda. However, for every billion promised here, one need only look to the vast infrastructure improvements in and around London to question the overall benefit. None of the civic leaders in the North of England are calling for cuts in the capital, but they would provide an awkward question if they asked Westminster to compare Transpennine with the billions lavished on metro extensions in the capital – to Battersea and Barking for example – while the North continues to endure poor connectivity and investment.

A multitude of complications

Insofar as the project is promoted as a step-change improvement of the Transpennine Route – that claim does hide a multitude of complications. The concept of a Transpennine route is only viable, since the one-time web of routes across the spine of England have been allowed to wither – and sometimes die. The patchwork that is left was not built for the purpose intended. The railways of the North, more than any other network in Great Britain, were designed to carry freight. Their passenger carrying capacity is compromised as a consequence.

Is it worth it?

The revolutionary changes that Network Rail sing so loudly, are not quite as revolutionary as – whisper it – HS2. Nor will it be business as usual. Laying tracks alongside tracks and ‘reimagining’ alignments mean passengers will spend the best part of a decade becoming ever more familiar with the M62 motorway, from the seat of a surprisingly comfortable replacement coach service.

While HS2 may be causing uproar in the Home Counties, it is doing little to disrupt existing services – although commuters at London Euston may take issue with that statement. Nonetheless, Transpennine’s transformational project may well transform travel habits in an entirely unintended way. Approval of the bulk of this upgrade plan has not come without cost. The next ten years will prove, one way or the other, if it was worth it to the North.

1 comment op “Transformational Transpennine investment – or just the best of a bad lot for England’s North?”

“More reliable”, etc., value loaded speech, regrettably is misleading.
“Reiable”, simply is the requested – and the high quality, at railways, now timely.
Goal, the post Brexit, however, the singular, by society, urgently has to be understandable.
Not just authorities, but entrepreneurs, within all Hemisphere, with private capital, etc., then will align and accordingly, invest.
Goal for England/Scotland, hereby suggested: max benefitting of unique advantage – nearness to ports, ocean, etc,!