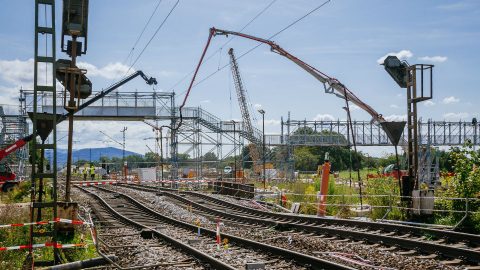 Deutsche Bahn (DB) on Wednesday announced plans to overhaul its existing high-density railway network and expand it by 5,500 kilometres.

The high-density railway network in Germany currently covers some 3,500 kilometres, which account for 25 of all train journeys in the country. In the coming 9 years, DB wants to expand the network to 9,000 kilometres. The work doesn’t stop there, as the company also wants to overhaul and beef up the existing network.

According to DB, the intensity or railway uses has increased by more than 60 percent over the past 28 years. This means that the condition of tracks, signal boxes, railway bridges and switches has deteriorated. Prone to failures, much of the equipment and infrastructure will now have to be renewed and replaced.

Starting from 2024, DB wants to start the process of track renewal, with as much work planned in a single phase so sections of certain lines will only have to be closed to traffic once. Going forward, the company also wants to increase its annual investment in preventative maintenances by a three-digit million sum. Finally, DB will be investing more in diagnostic systems so as to avoid system errors. 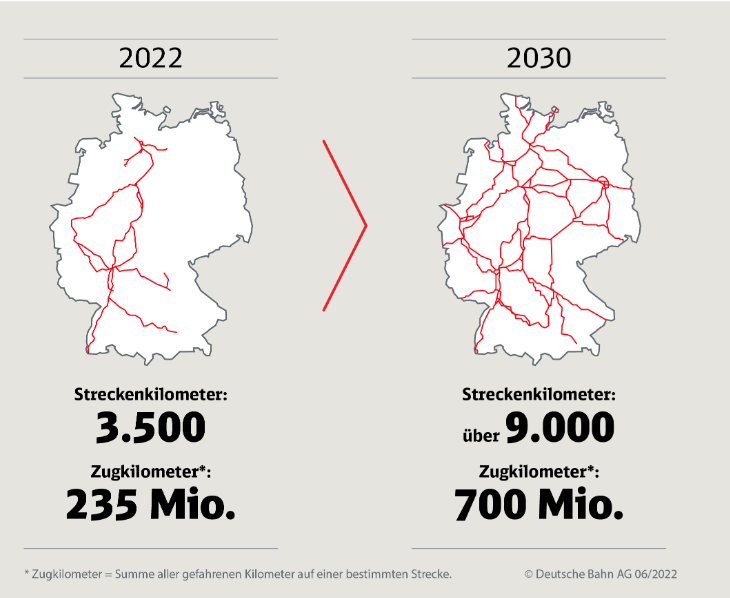 Mofair, the association of German private passenger operators, responded with scepticism to the plans. President Tobias Heinemann: “The supposedly new ‘radical construction’ could already be practiced by the DB infrastructure subsidiaries today. The problem is rather poorly organised processes in construction site planning, procurement and communication and above all the profit orientation of the DB infrastructure subsidiaries, which stand in the way of quality orientation today.” The association called for DB Network to reduce track access charges by 20 percent in compensation for recent poor infrastructure performance last week.

Mofair et conc. now urgently have to shift, from current cementing defensive, to a sustainable, a serious offensive! (All other devices, the global by air and by sea, as well the on road industry, decisively upgrade, for lower costs, etc.)
When railway costs are reduced, the track charges correspondingly, sustainably and soundly, can be reduced, etc., etc.
For avoiding any misunderstanding: High quality means high customer satisfaction, by On Time deliveries of cargo, etc.
Quality pays!