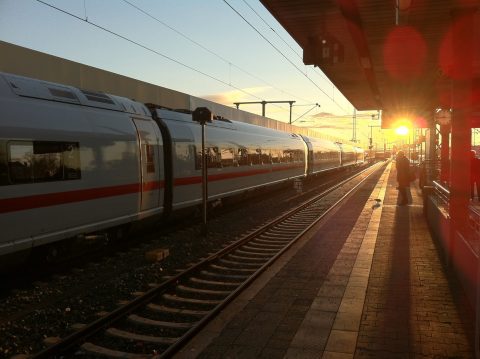 European rail traffic on the rise again, but not yet back to normal

With Covid-19 on a retreat, rail traffic in Europe is growing, but the effects of the crisis can still be seen with 25 per cent fewer passengers this March compared to before the pandemic. This appears from the latest update of the CER Crisis Impact Tracker, carried out by the Community of European Railway and Infrastructure Companies (CER).

After hitting an all-time low between November 2020 and April 2021 with up to 66 per cent fewer passengers in European trains than usual, the number started rising again from spring until autumn of last year. Now, following another dip last winter with 41 per cent less passengers in January, numbers have been on the rise ever since.

Passenger volumes are still down by 24 per cent on average in March 2022, compared to March 2019, a year before the pandemic hit Europe. This is the highest level of passenger volumes since the beginning of the crisis, while revenues are currently down by 20 per cent. In some countries, particularly in Eastern Europe revenues continue to remain low however, while passenger-kilometres have indeed also increased. This may be linked to the influx of Ukrainian refugees permitted free travel on their migration path towards the West, says CER. Railways across Europe have issued more than 3.5 million free tickets to provide travel to Ukrainians.

“While it is encouraging to see that rail traffic is growing, with a strong increase in private long-distance rail passenger traffic, commuter services and business travel remain quite low compared to before the Covid crisis”, says CER Executive Director Alberto Mazzola. “Rail companies continue to accumulate losses in these fields and further evolution is important for the provision of public services.” 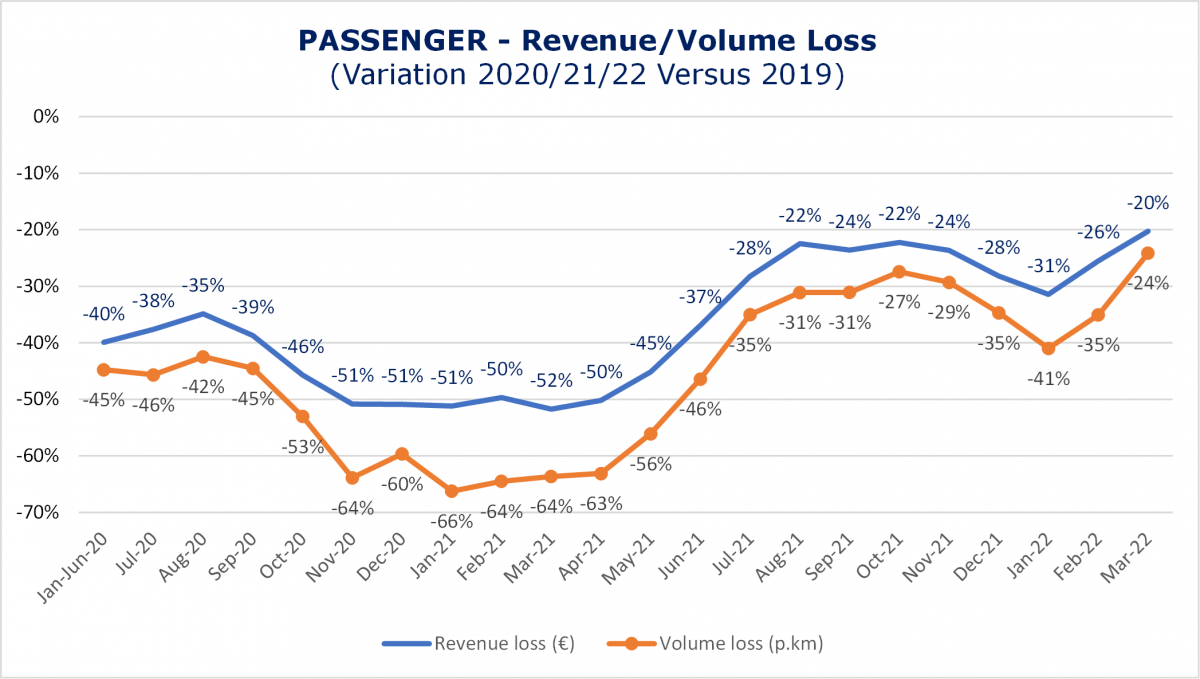 Freight almost back to pre-crisis level

Rail freight volumes have bounced back more, but are also still 10 per cent below the volumes compared to March 2019. Freight volumes almost reached pre-crisis levels in December, but then dropped again in March to -9 per cent. Revenues however almost stabilised to their pre-crisis level between December 2021 and March 2022, now being 5 per cent lower than before the pandemic.

This means that while volumes have dropped, the revenues of rail freight companies grew or at least stabilised. How is this possible? CER stressed that revenue is retained due to increased energy costs reflected in the final price of services that create a virtual image of financial growth. Nevertheless, the operators’ margins do not grow, meaning that volume and revenue decreases are going hand in hand after all. 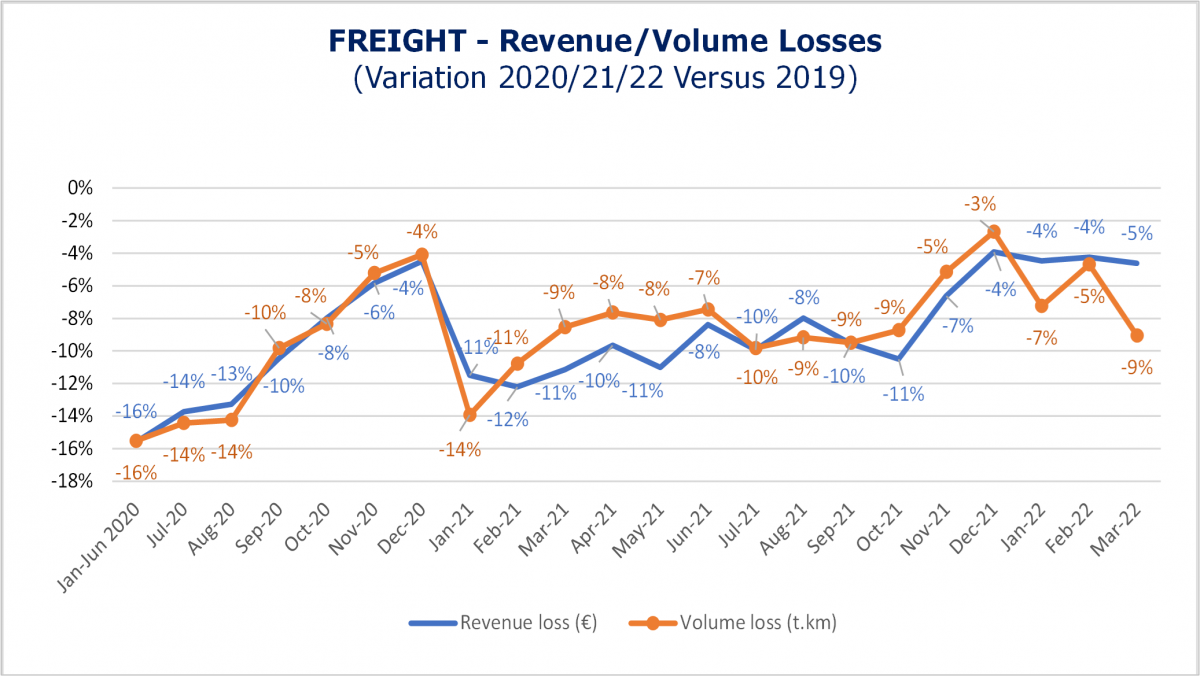 2 comments op “European rail traffic on the rise again, but not yet back to normal”

However for sustainability, primarily costs now soundly have to be reduced – all the way.
Accordingly, high utilisation of infrastructure and of assets, has to be provided for. (Costly stops, etc., no longer are accepted,)
Maintenance shall not, as currently, be at the mercy of taxpayers, but by demand – and sustainably financed, by traffic, etc. (Quality pays!)
Ensured nearness, shall be constructed for! (It is 2022 now!)

It is interesting to see that, while travel volumes were down 63% to 66% in Jan-April 2021, revenue losses were “only” 50%, equivalent to an increase of income of almost 50% per passenger-km.

Or were it mainly reimbursements from governments for operation contracts that kep up income stromger than volume?