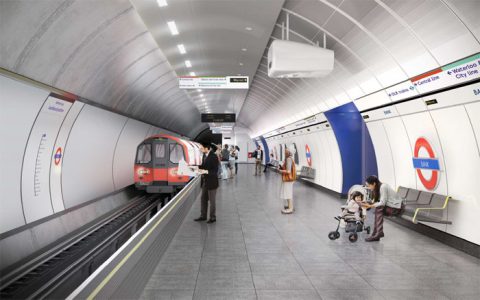 Bank branch of the Northern line reopened in London

Over the past few weeks, excavation works and the installation of tracks were completed. This included an additional 100 metres of tunnel and 185 metres of track. Following contruction, the installation, testing and commissioning of all the signalling systems took place.

The work was carried out as part of the Bank Station Capacity Upgrade (BSCU) project, which has been ongoing since 2016. The project is due to be delivered this summer. It will have cost a total of 700 million pounds (830 million euros).

The project team at Bank station will now be looking to install three new escalators linking the Northern line to the Docklands Light Railway. In addition, two new moving walkways and three escalators will be installed for connections to the Northern and Central lines. As a finishing touch, finding your way around Bank station will also be improved with new signage and contrast cladding.

“The old layout was very constrained, leading to frequent congestion, but Northern line customers will now be able to make their journeys much more quickly and easily”, Stuart Harvey, chief capital officer at Transport for London, said about the project.

“Bank Station is at the heart of the city and these improvements are the first step towards a modern, accessible, easy to navigate station fit for the twenty-first century”, major Sadiq Kahn added in comments on the reopening.