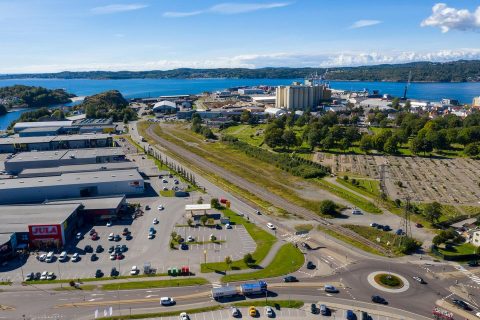 Bane NOR brings Larvik port railway back to life

Norwegian infrastructure manager Bane NOR reactivated the railway line at the port of Larvik on Friday. It had been a disused line since 2012, but an uptick in freight traffic and the aim of moving more freight onto rail set plans in motion to bring the line back to life.

The line at the port of Larvik is a key section of the Larvik-Oslo-Halden railway, which is now being used to transport timber to manufacturer of wood products Bergene Holm and the leftover wood chips to Norske Skog Saugbrugs’ paper mill in Halden.

Preparation for the reactivation of the line began in 2018, with the Vestfold County municipality and Bane NOR putting down 18,6 million Norwegian kroner (1,82 million euros). Since then, a new double track has been installed, featuring new sleepers, a new switch and switch control, as well as and fresh ballast.

The project gained further momentum in 2020, when the The Greencarrier Group of Sweden along with Bergene Holm and Norske Skog Saugbrugs put in the request to move timber and wood chips to and from the port of Larvik.

The new railway section will take an estimated 7,500 trucks per year off Norwegian roads.