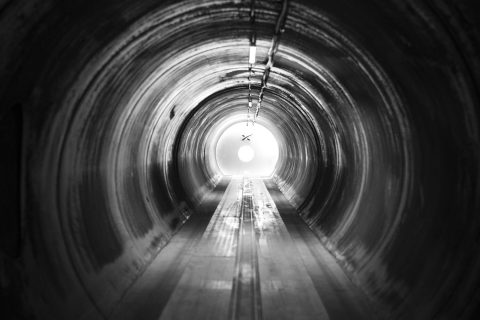 Tesla and SpaceX chief executive Elon Musk on Monday confirmed that The Boring Company, one of its other enterprises, will work to build a hyperloop system “in the coming years”.

Musk made his statement on Twitter in response to CleanTechnica journalist Johnna Crider. In a comment on below a tweet about the cities with the worst traffic in the world, Musk and Crider suggested tunnels could be part of the solution. The Tesla ceo then elaborated by saying his Boring Company would “attempt to build a working Hyperloop.”

“From a known physics standpoint, this is the fastest possible way of getting from one city center to another for distances less than ~2,000 miles”, Musk wrote.

In the coming years, Boring Co will attempt to build a working Hyperloop.

From a known physics standpoint, this is the fastest possible way of getting from one city center to another for distances less than ~2000 miles. Starship is faster for longer journeys.

Musk, of course, is no stranger to the concept of hyperloop transportation. He first conceptualised the idea in a 2013 white paper and has been a driving force behind its development ever since. In 2016, The Boring Company completed a 1,6-kilometre hyperloop test tube, complete with tracks. Between 2015 and 2019, his company SpaceX also sponsored the annual Hyperloop Pod Competition, an important incubator for student and non-student teams from around the world.

In recent years, The Boring Company focussed on regular tunnels. In 2018, it completed a 1,8-kilometre research tunnel in Hawthorne, California. The system under the Las Vegas Convention Center comprising some 2,7 kilometres of tunnels is also complete. A connection to Las Vegas Resorts World is due for delivery in the second quarter of this year. The connection is part of a fully fledged Las Vegas Loop, which is set to include extensions to Las Vegas’ airport and stadium, as well as the resorts on The Strip.

With passenger jets and hyperloops we’re talking transport systems that have remarkable similarities. They are both cylindrical-shaped, offer low drag transit close to the speed of sound, and they make use of low air pressure. Hyperloop will use up a lot of energy to create and keep a near-vacuum, the passenger jet climbs to a 9–10 km altitude, where there is much more space to begin with and to reduce drag. Of course, the jet can do without an outrageously costly infrastructure.