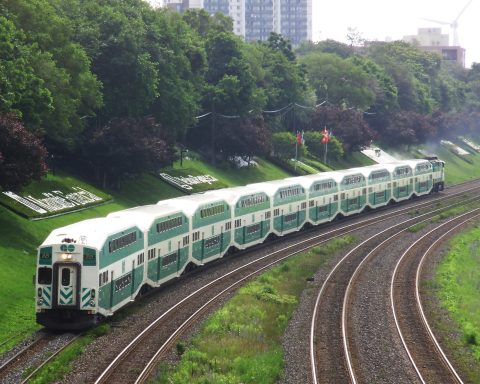 Deutsche Bahn International Operations (DB IO) will plan, operate and maintain the GO regional rail public transportation network in Toronto and the wider province of Ontario. The contract has a duration of 25 years and carries a value of “tens of billions” of euros, DB announced on Wednesday.

For the job, DB IO will head the ONxpress Transportation Partners consortium, which also includes Alstom, the Aecon Group and FCC Construcció. The consortium will be responsible for a complete overhaul of the GO rail network in the Greater Toronto and Hamilton Area (GTHA), which has a total length of 450 kilometres.

The revamp, dubbed the GO Rail Expansion – On-Corridor Works project, is intended to make the network faster, more reliable and more sustainable. To that end, the network will be shifted from a mostly diesel-powered railway to a primarily electrified one.

“The transportation project is considered the most significant in Canadian history. Rail traffic around the metropolis of Toronto is being redesigned from the ground up. This order is unique. There is nothing comparable in Germany and Europe”, DB Infrastructure board member Ronald Pofalla said of the plans.

With an estimated project value of close to 16 billion dollars (14,74 billion euros), the GO Rail Expansion – On-Corridor Works project is the second-most expensive project in Canada at the moment.