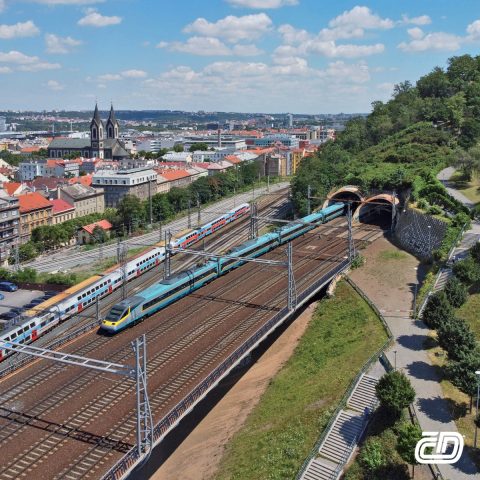 High-speed rail in Czech Republic is a big focus of the country, with plans for the construction of five new lines which are to connect Prague, Brno and Ostrava with Berlin, Vienna, Bratislava, Katowice and Bavaria (Germany). Due to the need for more efficient management of high-speed rail preparation, the Board of Directors of Správa Železnic has now decided to create a new organisational unit. There, the preparation of the lines, their construction and subsequent operation and maintenance will be centralised.

Správa Železnic is currently preparing detailed documentation for zoning decisions for five sections of new high-speed lines, and is currently looking for suppliers of materials for the next three sections. The first of the planned Czech high-speed lines, a four-track line between Prague-Běchovice and Poříčany, is being designed by a Czech-French-British consortium.

The ‘Fast Connections’ development programme, approved in 2017, envisages the creation of up to 700 kilometres of new high-speed lines in Czech Republic. Operation on the first sections of the new high-speed lines should start around 2030. Správa Železnic assumes that up to 300 kilometres will be in a next stage of preparation this year. The network will also include high-speed railway terminals, for which the company announces architectural and urban planning competitions. Architectural designs of the high-speed terminal in Prague East and Roudnice nad Labem are already selected.