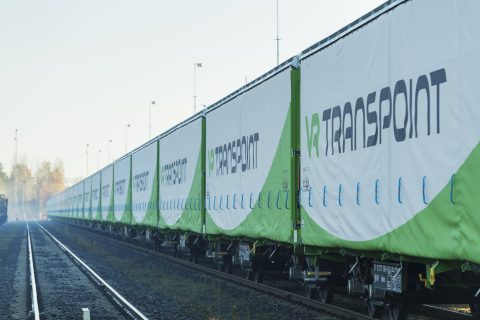 Finland will completely stop rail freight transport to neighboring Russia in the nearby future. This was decided by the board of the Finnish railway company VR Group on Wednesday 6 April.

The Finnish rail company says it wants to phase out freight transport in a “controlled, but gradual way”. In addition, in order to supply Finland with essential goods, it will take some time for the last freight train to cross the common border between the two countries.

The Finnish Minister for European Affairs has been pushing for a boycott of rail freight transport between Finland and Russia for some time and now seems to have had his way.

VR had already decided at the end of March to stop all passenger and freight transport with Russia, but revised this decision a few days later after it became clear that the Western sanctions against the Russian state railways had no consequences for VR’s activities in Russia.

Rail transport between Russia and the EU is not subject to EU sanctions against Russia. However, the freight trains have been subject to stricter controls by the EU member states since the beginning of March for the presence of strategic goods that do fall under the boycott.