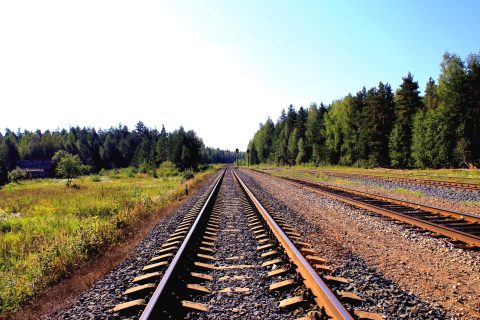 How can the share of rail be increased? The EU commission wants to know

Cross-border freight and passenger services continue to face barriers limiting their competitiveness and attractiveness, the European Commission notes. A new consultation is launched by the EU to take into account the sector’s ideas and visions as part of the next steps to try and improve cross-border rail in Europe.

Rail freight was fully liberalised on 1 January 2007, but market forces were not sufficient to produce the necessary operational conditions for international rail freight to grow and compete with other modes of transport, and more measures were needed. Therefore, an EU regulation in place since 2010 was introduced cooperation mechanisms to ensure sufficient, flexible and high-quality infrastructure capacity along EU rail corridors for rail freight operators.

However, the evaluation of the Rail Freight Corridors Regulation presented last year, showed that the existing measures have not been sufficient to increase cross-border rail freight and achieve a modal shift from road to rail.

“The cooperation between Member States and infrastructure managers in the management of the rail infrastructure is still ineffective from a cross-border perspective”, said the evaluation. Also, ‘major entry barriers’ for the development of international rail freight traffic persist, consisting of higher costs for investments due to
the lack of cross-border interoperability and the persisting fragmentation resulting from the focus on national approaches. There was some progress on traffic management, especially for contingencies, but overall, the freight corridors did not have a major positive effect.

During the last decade (2009-2019), rail freight modal share in EU land transport has been stagnated around 16-18 per cent, while road modal share increased to over 75 per cent. The main reason for this is that there has been a decline in bulk cargo, which is traditionally a rail freight commodity, says the evaluation report. The total transport of coal and refined petrol decreased by 12 per cent on average in the EU. This while goods with traditionally low rail affinity are growing in transport volume, such as food and machinery.

Some of the specific advantages of transport via rail, such as being able to carry heavier loads and provide safer transport of dangerous goods) became less relevant and rail has to compete increasingly in terms of quality (speed and reliability) and price, which makes a shift to rail freight all the more difficult. Thus, a modal shift has remained a term that is often used, but has not happened yet in reality.

No progress on objectives

The regulation provided the most detailed rules and clearly formulated instruments in aiming to reserve enough capacity for rail freight, such as corridors’s one-stop shops, pre-arranged train paths and reserved capacity. The one-stop shop tool and the procedures of the regulation allows railway undertakings to receive the capacity they need without making requests for capacity to several individual infrastructure managers. However, only 10 per cent of international rail freight traffic in the countries involved in the rail freight corridors used capacity allocated by the one-stop shops. Also, railway undertakings indicated that the instruments provided by the regulation did not suit their needs.

The European Commission considers three options to improve cross-border rail traffic for both freight and passenger rail. The first is to revise the current legal framework, which could form a basis, but this option relies mainly on sector-driven initiatives to achieve the objectives of EU rail freight policy. One of the possibilities could be a requirement to make the use of the one-stop shop mandatory for cross-border freight, for example.

The second option is to ‘modernise and harmonise rules, processes and tools for freight and passenger traffic’. This option introduces new approaches, processes and rules, in particular for rail capacity management, and will particularly take into account ongoing work by sector stakeholders on the capacity management and timetable redesign programme. This option mainly relies on cooperation, with decision making powers and operational functions remaining mainly at the national level.

Consultation for the plans

All relevant stakeholders at all levels are asked to chime in for the consultation, among which railway undertakings (incumbents and new entrants), infrastructure managers and allocation bodies, national rail safety authorities and regulatory bodies, but also interest groups and environmental organisations. Commercial and private users and their organisations of both freight and passenger rail are also listed, so even EU citizens who take the train can submit ideas.