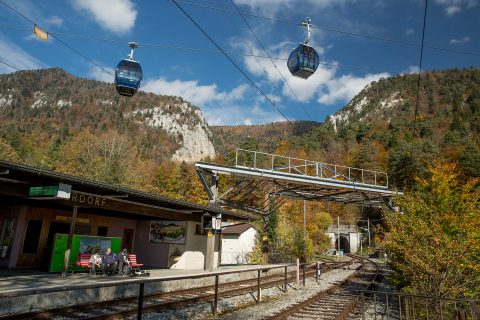 Ongoing complaint procedures have pushed the start of renovation works on the Weissenstein tunnel to 2024 at the earliest, Swiss railway company BLS reported on Wednesday. The setback also means delays to upgrades on six stations along the route from Solothurn and Moutier.

According to BLS, the Swiss Supreme Court is still handling several appeals to the decision on the award of renovation project. This means the start of construction has to be pushed back from 2023 to 2024.

Several surveys and studies carried out over the past decade have revealed an urgent need for refurbishing. BLS expects it would need to close the Weissenstein tunnel and shutdown railway traffic for at least 1,5 years to complete te work.

BLS has set aside 85 million Swiss francs (82,34 million euros) for the renovation works, with another 65 million francs available for other necessary maintenance and safety related jobs. Among other things, the stations and platforms along the route between Solothurn and Moutier will need to be upgraded in order to meet the requirements Swiss Disability Equality Act

Work on the Weissenstein tunnel began in 1903. Three years later, the so-called breakthrough point was reached. In 1908, the 3,7-kilometre-long tunnel was opened to rail traffic.