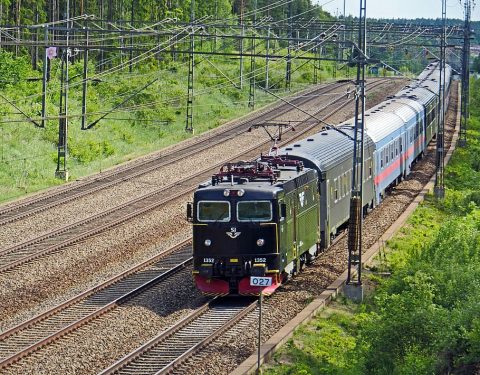 The objective which should unite the European railways is to break the chains of national rules, which keep railways essentially locked in their home countries.

Many politicians as well as all railway workers still see the railway as a national monument, in the same way as the army, education or health.

The Covid crisis, a public health issue, strongly demonstrated the extent to which visions differ from one country to another. This created a patchwork that heavily undermined the dream of a unified Europe. Each country has its own culture, its own appreciations and its own handicaps: this is what we also find in the railway sector.

As soon as new operators appear on the national railways, they are often considered as enemies. How can one hope to promote the ‘unified’ railway sector with such a vision? On the other side, the automotive, aviation and oil sectors seem much more unified and difficult to contradict. These sectors have managed to get ongoing support, during the pandemic with for example airlines receiving large amounts of money from governments without question, even with the ongoing climate crisis.

Of course, these sectors have enormous lobbying capacities and are above all widespread. The whole planet still depends on oil and the combustion engine. It is a gigantic business that is not about to be extinguished and that is ardently defended at the highest political levels worldwide. It is therefore difficult for the railways to make a small dissenting voice heard. If we add to this the lack of international vision and the multiplication of obstacles, the railway sector should not be surprised to find itself with a market share stuck at less than 10 percent of all transport.

Discouraging entrepreneurs is not an option. There are still many barriers that make it difficult to set up new railway markets.

One of these are the great differences between countries in the calculation of access charges. This has an impact on international traffic, when trains have different calculation criteria from country to country. The calculation of track wear or energy consumption, for example, is country specific. This makes it difficult to make a market offer and attract customers to use the train.

The lack of internationalisation is also due to administrative barriers. One only has to look at the differences in approach to digital technology. For example, it is seen as an opportunity in some countries, while others see it as a threat to social cohesion. The regulations then become a sort of stronghold that ensure national integrity.

The famous automatic digital coupling (DAC) of freight wagons should arrive soon. It is currently undergoing technical testing. But another test awaits this innovation: its full acceptance in each country, which is sovereign in terms of safety. It would not be surprising to see some countries putting up more barriers than others.

An identical challenge awaits ATO, the concept of automated driving, or rather driving assistance (there are several levels). Some countries seem more reluctant than others. These elements make it difficult to assert a unified European rail system, even though this sector is promoted as a key element in achieving our climate objectives. Progress is certainly being made, but the end of certain national egos does not seem to be in sight.

If we look for concrete examples of internationalisation, we can only find five really successful projects at the moment: Eurotunnel, the Great Belt link (Denmark-Sweden) and three high-speed lines without border stations, Paris-Brussels, Antwerp-Breda and Perpignan-Figueras. This is a very meagre record.

These are uncertain times with the aftermath of a pandemic that has completely disrupted the rail sector. The war between Russia and Ukraine could have an impact on the price of electricity, which was already very expensive. The railways will only be able to cope with this if lobbying is strengthened and a new culture is created among people in the railway sector and in governments. Let’s not be mistaken: the ‘enemies’ are not the new operators, they are those who want to lock the railways into concepts of the past. Rail is not a monument, but something that lives and must adapt.