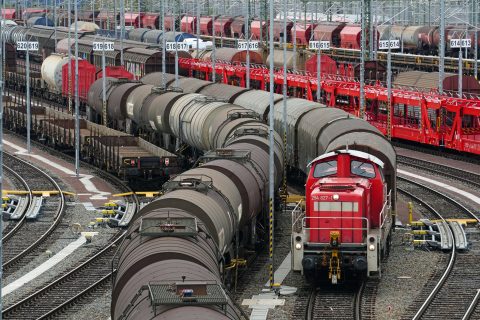 The discussion on European energy policy is again gaining traction. Transport associations are voicing how rail can be a gamechanger, reducing Europe’s dependence on oil suppliers and fossil fuels.

Investing money is not enough

“Electrification of the railways not only requires money. The German federal government has to speed up the railway network electrification significantly to achieve the goals that have been set,” said Dirk Flege, managing director of Allianz pro Schiene. Seventy-five per cent of the national rail network should be electrified by 2030. The 33,400-kilometre route network is currently just over 61 per cent electrified. In recent years, an average of only 65 kilometres a year have been newly fitted with overhead lines. According to our calculations, to reach 75 per cent, 500 kilometres will have to be electrified every year”, he explained.

“More speed with the electrification makes sense not only for climate protection”, Flege continued. “The war in Ukraine made it very clear that we have to reduce our dependence on energy policy. The shift to rail plays a key role in the transport sector since rail transport consumes 5,5 times less energy than road transport. The rail network’s capacity must be expanded to shift more traffic to the rails in the future. The rapid electrification of more routes is also critical because it makes the rail network more flexible and thus more efficient.”